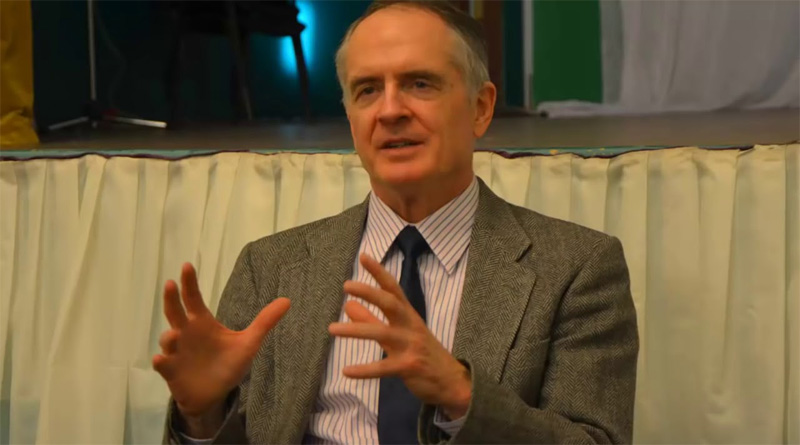 I have been banned from Europe and will be deported tomorrow.

Dear Friends in Stockholm, Turku, and around the world,

I am sorry to have to tell you that I cannot attend the Scandza Forum in Stockholm or the Awakening Conference in Turku, Finland, where I had been invited to give talks. Today, when I landed in Zurich for a connecting flight to Stockholm, Swiss border authorities told me I have been banned from Europe until 2021. I will spend the night at the airport, and tomorrow I will be deported.

The officer at passport control in Zurich airport had already stamped my passport and waved me through to my Stockholm flight when she called after me to come back. She stared at her computer screen and told me I had to wait. She didn’t say why. In a few minutes, a policeman arrived and told me there was an order from Poland that barred me from all 26 countries in the Schengen Zone.

He said the Poles did not give a reason for the ban, and he asked me what I had done. I said I give talks on immigration, and someone in Poland must not like them. “That makes me a political criminal,” I said.

The officer took me to an interrogation room and asked me about my travel plans. He went off to another room for a while and came back with a form for me to sign, saying that I understood I had been denied entry and was being sent back to the United States. After some more waiting, he fingerprinted me and took my photograph.

He then turned me over to a man in civilian clothes, who took me to a spare, dormitory-like accommodation where I will spend the night. It’s not a jail. People pay the equivalent of $40 to spend the night here if they miss a flight. I am free to walk around the terminal, I can make phone calls and use the internet, and I have a meal voucher that is supposed to last me for the next 12 hours. The officer kept my passport, though, and won’t give it back to me until I board the flight home.

Why did Poland ban me? Last September, I gave a few talks to nationalist groups in Warsaw. The talks went well, so when I was invited to Lithuania and Estonia in February to speak at conferences, I went back to Poland and spoke in Lublin and Warsaw. Attendance was by invitation only, but the Polish police learned about the meetings. They told the organizer that if I broke any Polish hate speech laws, he would be held responsible. They said I was “spreading a totalitarian ideology.”

In both cities, we switched venues for the talks rather than risk having the police show up. The talks were a success, and in Warsaw I also gave two television interviews. I left Poland by plane and assumed the matter was closed; clearly, it wasn’t. My Polish friends say they will try to find out the reason for the ban and try to appeal it.

But what are the Poles thinking? I’m not like Lenin and Trotsky meeting in Paris, plotting to uproot the entire West. I want to keep Poland as it is, the proud and eternal homeland of the Polish people. What I hope for Poland is what a huge majority of Polish people want, and is not much different from the policies of the regime. I am not a danger to Poland; I am its friend, its devoted admirer.

Three years ago, I got a letter from Theresa May, when she was still home secretary. She told me that my views are repugnant and that she had decided to keep me out of her country. Britain is the land of my ancestors, my language, my favorite authors—and now I was an exile. It was a bitter blow.

Just a few minutes ago, I used my meal voucher at the “Montreux Jazz Lounge” in Terminal E. I watched people eating and talking and laughing, and I envied them. They can come and go as they please. Terminal E is a modern, soulless place, but it is still Europe. It is part of that culture, heritage, and people that I love with a desperate, yearning love—to which I have devoted my life—and from which I am banned.