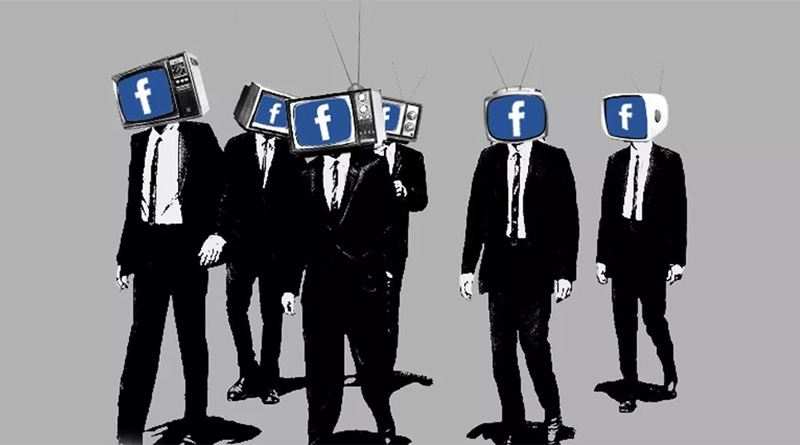 Facebook is extending its ban on hate speech to prohibit the promotion and support of white nationalism and white separatism.

The company previously allowed such material even though it has long banned white supremacists. The social network said Wednesday that it didn’t apply the ban previously to expressions of white nationalism because it linked such expressions with broader concepts of nationalism and separatism — such as American pride or Basque separatism (which are still allowed).

But civil rights groups and academics called this view “misguided” and have long pressured the company to change its stance. Facebook said it concluded after months of “conversations” with them that white nationalism and separatism cannot be meaningfully separated from white supremacy and organized hate groups.

Critics have “raised these issues to the highest levels at Facebook (and held) a number of working meetings with their staff as we’ve tried to get them to the right place,” said Kristen Clarke, president and executive director of the Lawyers’ Committee for Civil Rights Under Law, a Washington, D.C.-based legal advocacy group.

“This is long overdue as the country continues to deal with the grip of hate and the increase in violent white supremacy,” she said. “We need the tech sector to do its part to combat these efforts.”

Though Facebook Inc. said it has been working on the change for three months, it comes less than two weeks after Facebook received widespread criticism after the suspect in shootings at two New Zealand mosques that killed 50 people was able to broadcast the massacre on live video on Facebook. Also on Wednesday, a man convicted on state murder charges in a deadly car attack at a white nationalist rally in Charlottesville, Virginia, pleaded guilty to federal hate crime charges. The bloodshed in 2017 prompted tech companies to take a firmer stand against accounts used to promote hate and violence.

But apparently not enough. Now, Facebook is trying to do more. As part of Wednesday’s change, people who search for terms associated with white supremacy on Facebook will be directed to a group called Life After Hate, which was founded by former extremists who want to help people leave the violent far-right.

Clarke called the idea that white supremacism is different than white nationalism or white separatism a misguided “distinction without a difference.”

She said the New Zealand attack was a “powerful reminder about why we need the tech sector to do more to stamp out the conduct and activity of violent white supremacists.”

Rashad Robinson, the president of Color of Change, says the racial justice group warned Facebook to the growing dangers of white nationalists on its platform years ago and that he was glad to see Wednesday’s announcement.

“Facebook’s update should move Twitter, YouTube, and Amazon to act urgently to stem the growth of white nationalist ideologies, which find space on platforms to spread the violent ideas and rhetoric that inspired the tragic attacks witnessed in Charlottesville, Pittsburgh, and now Christchurch,” he said.

Twitter does not currently ban white nationalists or white separatists, though its hateful conduct policy forbids the promotion of violence or threats against people on the basis of race, gender, religion and other protected categories. It also bans the use of “hateful images or symbols” in profile or header images. YouTube also bans hate speech and says it removes content promoting violence or hatred on the basis of these categories. Amazon has an “offensive products” policy that does not allow the promotion or glorification of hatred, racial violence or sexual or religious intolerance. The three companies did not immediately respond to messages for comment on Wednesday.

Madihha Ahussain, a special counsel for anti-Muslim bigotry at the nonprofit Muslim Advocates, said what’s needed now is more information on how Facebook will define white nationalist content — and how it will enforce its new rules.