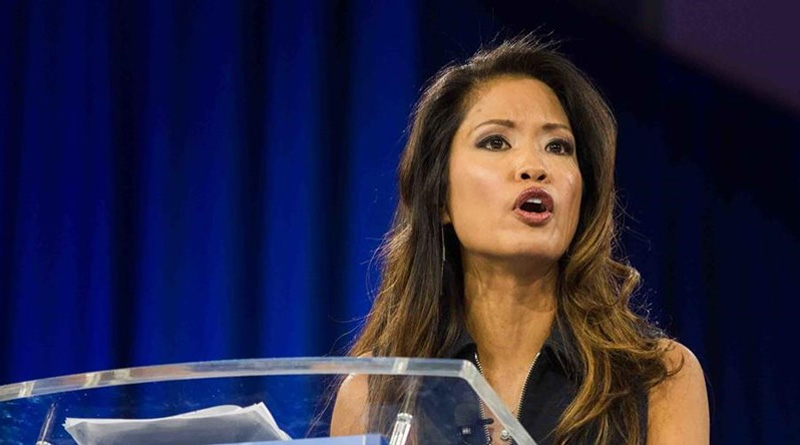 President Trump must use his executive powers to take action on the soaring levels of illegal and unchecked immigration to the United States rather than delivering “empty threats,” columnist Michelle Malkin says.

In an exclusive interview with SiriusXM Patriot’s Breitbart News Daily, Malkin said Trump’s threats to close the U.S.-Mexico border to stop illegal immigration must be backed up with action, not just rhetoric.

I don’t want to hear empty threats anymore about how he’s going to do what he should have done many, many, many months ago. The fact that you have a massive number now of … strangers bringing in children, tells you that the very magnet that he says he understands is causing this. The failure to just go ahead executively and fix the asylum system, proves him right on that and yet he’s not doing what he can do as president with his executive authority.

“What are you waiting for,” Malkin asked Trump. “Do it.”

Malkin said Trump should have the military at the southern border, asking rhetorically “Does he believe his own rhetoric or not?”

More blame for the levels of illegal immigration the country is currently experiencing should be placed with elected Republicans, Malkin said, who failed to take any action on immigration while controlling the House and Senate for the first two years of Trump’s term.

“Faux pro-borders Republicans … deserve a heck of a lot more scrutiny and condemnation for putting us in the situation that we’re in,” Malkin said.

Trump, Malkin said, must be vigilant in changing immigration policy and statute:

Here’s my fear, is that you know the conventional establishment talking point this week on immigration — even as these hordes of people are coming in unprecedented numbers — is ‘Oh, we got a few billion from the Pentagon for the fencing.’ And it just lulls the base into this false sense of hope that something is being done when we could have Congresspeople in Washington, themselves, putting pressure on Trump to exercise his inherent executive authority to actually do more than just put a few more dozen miles of physical barriers. And I’m not saying that we don’t need [a wall] but what needs to happen is that the policies need to change. [Emphasis added]

As Breitbart News has chronicled, the U.S. is set to admit anywhere between one to 1.5 million illegal aliens this year. The Trump administration’s most recent expansion of the Catch and Release policy has resulted in the release of about 24,000 border crossers and illegal aliens in just two weeks. Simultaneously, experts project that at the current rate of illegal immigration, up to 500,000 illegal aliens could successfully cross into the country this year, undetected by Border Patrol.

Republican voters rank deporting illegal aliens and ending illegal immigration as their top priority to ensure a better quality of life for themselves and their middle class families, the latest Pew Research Center survey revealed.

John Binder is a reporter for Breitbart News.