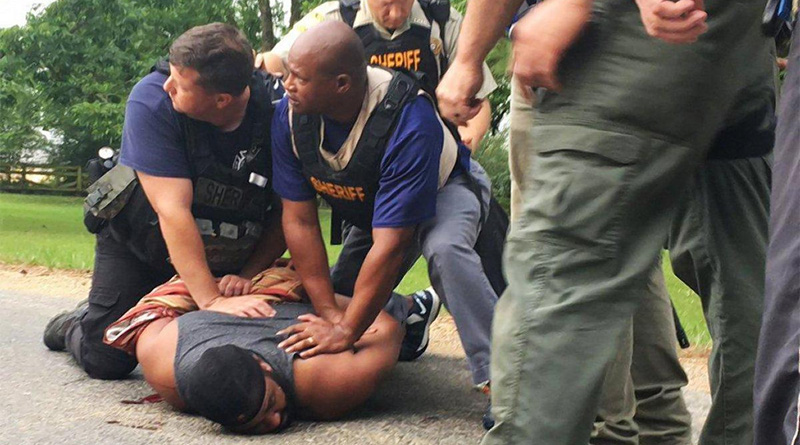 From The Daily News:

A deranged Mississippi dad hellbent on getting his children from his estranged wife fatally shot eight people, including two boys and a deputy sheriff, on Saturday night, officials said.

Willie Corey Godbolt, 35, gunned down his victims at three separate homes in a rural part of the state and only stopped his bloodshed when he ran out of bullets, according to state investigators.

He was taken into custody by local law enforcement after being shot. He told a Clarion-Ledger newspaper reporter at the scene that he had hoped to die in a shootout.

“Suicide by cop was my intention,” Godbolt said while in handcuffs awaiting to be taken to a hospital. “I ain’t fit to live. Not after what I done.”

The bloody rampage began at about 11:30 p.m. on Saturday at a home in the town of Bogue Chitto after the Lincoln County Sheriff’s Office received a domestic dispute call.

Godbolt, who lives in Bogue Chitto, shot his victims at three separate homes — two of which were in the nearby town of Brookhaven — according to the Mississippi Bureau of Investigation.

He told the Clarion-Ledger in a video interview at the scene that he was talking with his wife and her family when someone placed a 911 call.

“I was having a conversation with her stepdaddy and her mama and her, my wife, about me taking my children home,” he said. “Somebody called the officer, people that didn’t even live at the house. That’s what they do. They intervene.”

“They cost him his life,” Godbolt said of the slain deputy sheriff, who was later identified as William Durr.

Durr, 36, had served with the Lincoln County Sheriff’s Office for two years. He had also been a member of the Brookhaven Police Department for four years.

Investigators have not identified the other victims or said if they were related to Godbolt.

“My intentions was to have God kill me,” Godbolt said in the Clarion-Ledger video. “I ran out of bullets.”

2 thoughts on “Mississippi Man Confesses to Killing 8 People, Including Deputy and 2 Children”