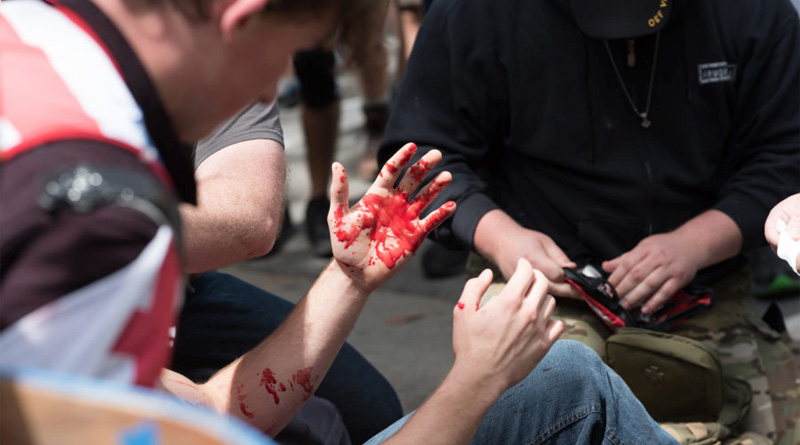 The former college professor who assaulted a Trump support with a bike lock appeared in court today for his arraignment hearing.

You can read the complaint filed in the Superior Court of California, County of Alameda with all five counts against Eric Clanton here.

Clanton, who was in custody in lieu of $200,000 bail at Berkeley Jail, appeared in court Friday morning at Oakland’s Wiley W. Manuel Courthouse to face charges of three counts of suspicion of assault with a deadly weapon that isn’t a firearm and assault causing great bodily injury, the chatter and visual images seemed to self-propagate by the hour. On Facebook, Twitter and reader forums on multiple news sites, the unfettered back-and-forth bashing raged on, much like a rhetorical version of the actual melee itself.Mercury News