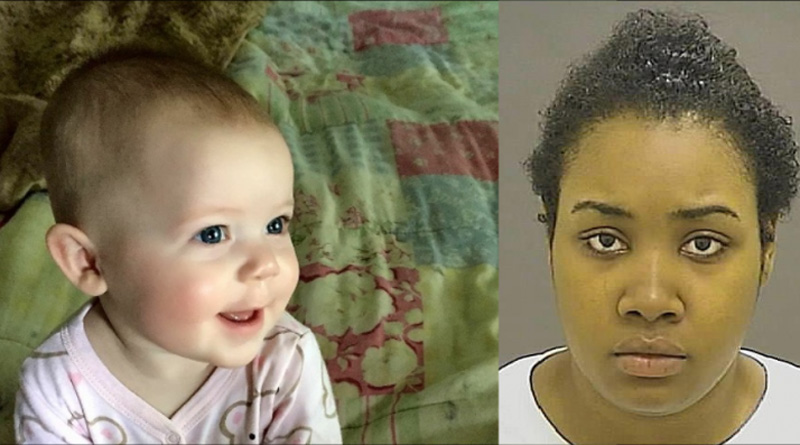 Reese Bowman, an eight-month-old white baby, was killed at the Rocket Tiers Daycare in Baltimore, MD. Police say that Leah Walden, a 23-year-old black female, was caught on camera intentionally killing the baby.

Walden has been charged with 1st-degree murder. Col. Stanley Branford of the Baltimore City Police described the incident as “torture.” He says that Walden can be seen striking, bodyslamming, and swinging the baby by one arm. She also appears to be smothering the baby with blankets and pillows. Brandford says that Bowman keeps looking around to make sure no one else can see what she is doing.

The murder has been a leading story in Baltimore for several days, but no media outlets are showing a picture of the baby or disclosing that the baby is white. Compare this to the murder of a black college student by a white college student at the University of Maryland. The same media outlets begin their articles by stating the race the of the perpetrator and the victim. Then they aggressively speculate about a possible racial motive.

The staff at Rocket Tiers is all black, so most of the children are probably black. Local media have featured reactions from black people almost exclusively. However, the victim is definitely white.

European=American parents should seek daycare centers that are ethnically similar and don’t have a racial animus to White infants.

“Our family is suffering tremendous pain and wishes to grieve in private. Our hearts are broken. No family should ever have to experience the loss of a child under any circumstances. We await further information from the unfolding investigation.”

Police say Walden did not have a prior record and there doesn’t appear to be other victims but they’re urging parents who are suspicious to call the child abuse center at 443-984-7378.