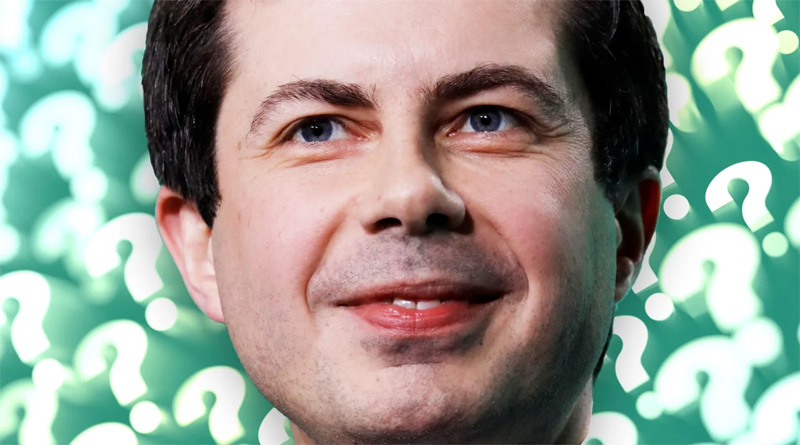 That queer Mayor of South Bend, Indiana running for president –- the one with the unpronounceable surname — has got a lot of nerve, even for a queer: He recently had the gall to question President Trump’s Faith in God.

Pete Buttigieg (pronounced “Booty-Judge”) recently stated to USA TODAY –- America’s most insipid daily — that it was difficult for him to accept the notion that President Trump really believes in God. This was based on the actions Mr. Trump has taken as President. Here’s what this devious faggot said:

“I’m reluctant to comment on another person’s faith, but I would say it is hard to look at this president’s actions and believe that they’re the actions of somebody who believes in God.”

It must not have been too difficult for this hypocrite: And, not only is he violating Christ’s admonition to “Judge not, lest ye be judged,” but he is also violating at least a dozen prohibitions against sodomy every time he and his “husband” lay with each other.

The irony here is the delusional nature of all so-called “Democrats,” especially its queers: Like all true Marxists, they assume morality is whatever they contrive it to be, because their allies in the corrupt leftist media have let them get away with bearing false witness for decades.

Being a queer, Mr. Butt-Judge merely takes it a step further by re-interpreting the Old and New Testaments in a manner he supposes will excuse his sodomy and perversion. What a sad little pervert.