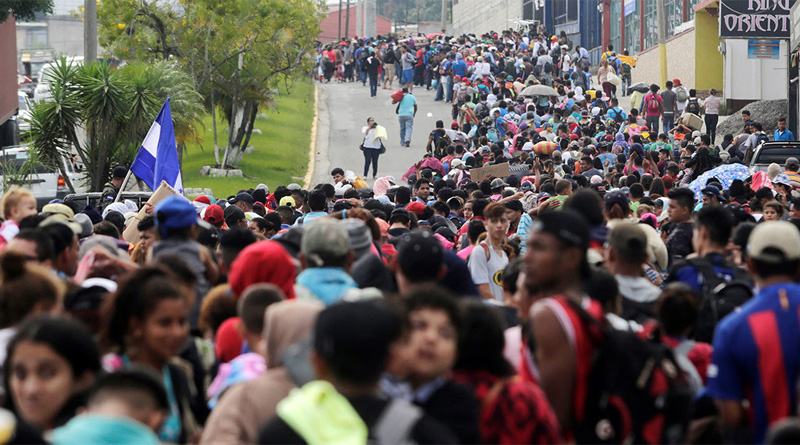 The President’s declaration of a national emergency at the border is increasingly looking like an understatement. Caravan after caravan of illegal aliens from Guatemala, Honduras, and El Salvador pushes toward our border. Mexico is warning that the “mother of all caravans” – over 20,000 people – is gathering in Honduras.

Border apprehensions exceeded 100,000 in March – the highest monthly total in 12 years. And Customs and Border Protection Commissioner Kevin McAleenan declared that the situation at the border has reached “the breaking point.”

Unlike illegal immigration in past decades which occurred under cover of darkness, the vast majority of these migrants walk straight up to Border Patrol agents in broad daylight and make bogus claims seeking asylum. As one Border Patrol agent told me, the illegal aliens treat Border Patrol officers like Über drivers. They transport the aliens to CBP stations for initial screenings and then release the aliens into the interior of the United States, telling them that they must return for their hearings. Most never show up.

On Tuesday evening, in an interview with Lou Dobbs, I laid out three steps that would solve the current crisis:

If the United States were to take these three steps, the massive caravans would stop, and the current crisis would be solved. But it takes leadership in the executive branch willing to act decisively.

Kris W. Kobach served as the Secretary of State of Kansas during 2011-2019. An expert in immigration law and policy, he coauthored the Arizona SB-1070 immigration law and represented in federal court the 10 ICE agents who sued to stop Obama’s 2012 DACA executive amnesty.