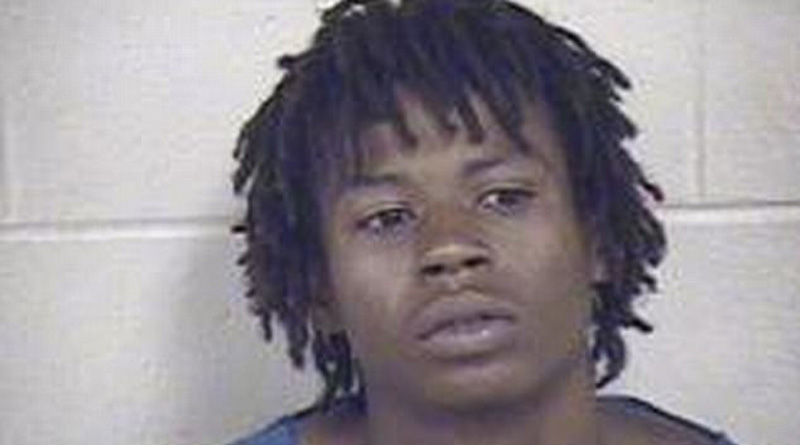 The 22-year-old man suspected of shooting five middle-aged white men since last year — including four on south Kansas City walking trails — threatened in 2014 to shoot up a school and “kill all white people,” according to court records.

Fredrick Demond Scott, who was charged Tuesday in two killings and named as a suspect in three more, made those statements in January 2014 at Center Alternative School, as documented in a municipal citation for harassment.

Scott, who is black, has been charged with murder in the deaths of Steven Gibbons, 57, and John Palmer, 54. On Tuesday, Jackson County Prosecutor Jean Peters Baker announced those charges, also naming Scott as a suspect in the killings of David Lenox, 67; Timothy S. Rice, 57, of Excelsior Springs; and Mike Darby, 61, co-owner of Coach’s Bar & Grill at 103rd Street and Wornall Road.

All five were white men between ages 54 and 67. All five were fatally shot, most from behind, in surprise attacks as they walked dogs, visited parks and, in one case, walked down a city street.

Scott’s mother said in an interview with The Star that he refused to get treatment for his paranoid schizophrenia but did not show any hatred toward white people. Scott was cited in Kansas City municipal court in 2013 for assault on his mother, accused of shoving her several times. She called police, hoping tough love would help him, she said.

“As far as I know Fredrick never had a problem with white people,” his mother said. “He would do odd jobs for people and some of those people were white men.”

Police said they did not know if the shootings were racially motivated.

Baker has said she saw no clear motive.

The trail victims were targeted when they were alone in an area Scott knew well, near his home.

After his arrest earlier this month, Scott repeatedly told detectives that he was angry about the 2015 shooting death of his half brother on his father’s side, Gerrod H. Woods, 23. Woods was one of two men fatally shot Dec. 14, 2015 during a robbery near East 73rd Street and Wabash Avenue. On Friday, the man convicted in those killings, Jimmie Verge, who is black, was sentenced to 45 years in prison.

A co-worker of Scott’s at a south Kansas City Burger King said Scott appeared to be severely damaged by his brother’s death.