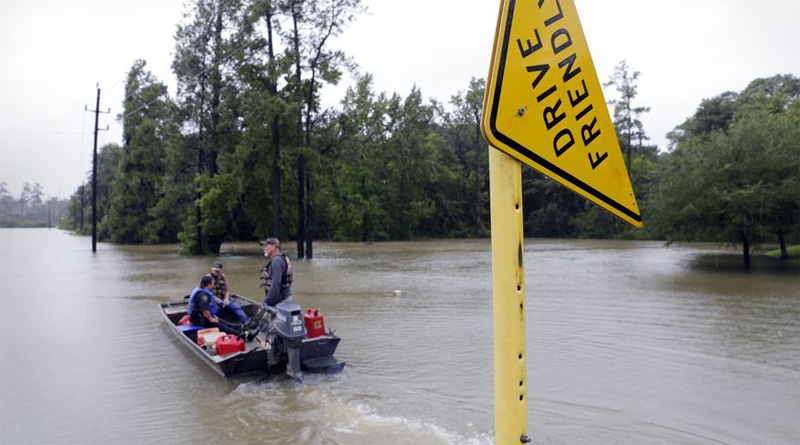 As I write this, weather forecasts predict that Hurricane Harvey is poised to drench New Orleans after leaving Houston underwater. The bad news for New Orleans is that 16 of the city’s massive pumps –- used to remove floodwaters from the city –- were inoperable as recently as August 10th.

New Orleans may now be more vulnerable than it was when Katrina struck in 2005. If true, it will again experience significant loss of life and property, and expose the mismanagement the city has endured at the hands of the criminal class it has elected to public office.

There is an element of poetic justice in this –- or even a moral lesson of Biblical proportions –- because ward-healing criminals of the New Marxist Party (wrongly referred to as “Democrats,”) have destroyed New Orleans, just as surely as they destroyed monuments to our Confederate Heroes.

The city was certainly able to find the funds necessary to dismantle many of its Historic Monuments this past summer. Its Mayor and City Council had no difficulties authorizing the funds necessary to remove the statuary honoring Generals Lee and Beauregard, as well as those honoring Jefferson Davis and the monument honoring Confederate Soldiers and Sailors.

Any city composed of so many black parasites and white race traitors deserves to be destroyed, because it is as parasitic and useless as its residents. A long succession of crooked and thieving politicians have made it a laughing stock, and basically ungovernable.

Any city that would remove its beautiful architectural renderings of historic figures — while neglecting its most basic and critical infrastructure — deserves exactly what it gets.

I have no doubt that those responsible for the coming disaster — Mayor Landrieu and his chums on the City Council — will be on the very first plane, bus, train or boat out of the doomed city, leaving their foolish supporters to drown.

I also hope that we do not rebuild New Orleans after Hurricane Harvey, and we leave this rat-hole to the two and four-legged sewer rats that inhabit it. . .