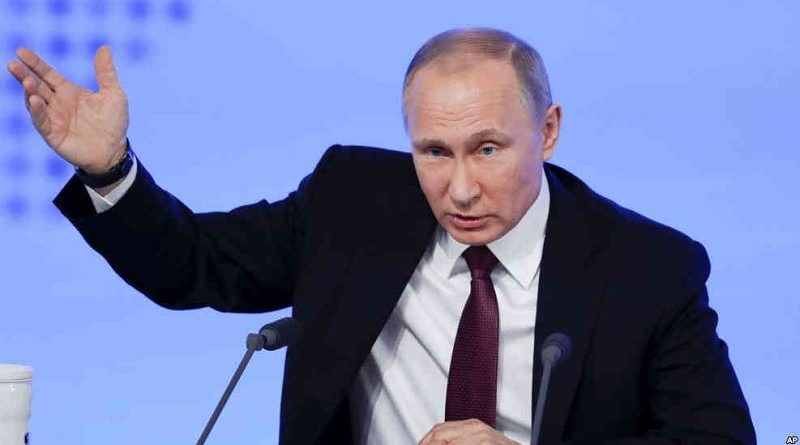 This is why we love Putin in this household.

How in the world is Russia to blame for the Democrats losing White voters? They’ve been steadily losing White voters for generations. It is because of their own message, not anything Russia is doing. Mitt Romney actually won a greater share of the White vote in the 2012 election.

Remember when Bill Clinton could win West Virginia, Arkansas, Georgia and Kentucky? Remember when Al Gore lost the 2000 election because he lost Tennessee? Remember when John Kerry lost every Southern state in 2004? As Putin points out below, how could you look at the Southern state legislatures or congressional delegations and not conclude that the Democrats have a massive problem with White voters?

The only thing that has changed is that Trump performed much better with Northern White voters than Republican candidates have in the recent elections. That’s because he was a more secular candidate, the anti-war candidate and above all else because his free-trade message resonated in the Rust Belt. It’s not really surprising either given the inroads Republicans had already made in Wisconsin and Michigan.

Update: Putin’s burn on the Democrats was even more damning than I thought. He said that it would actually be FDR, not Reagan, who would be rolling in his grave:

“Trump understood the mood of the people and kept going until the end, when nobody believed in him,” Putin said, smiling. “Except for you and me.” …

“They (the Democrats) are losing on all fronts and looking elsewhere for things to blame,” he told reporters in a news conference that lasted nearly four hours. “In my view this, how shall I say it, degrades their own dignity. You need to learn how to lose gracefully.”

Accusing the Democrats of forgetting the “meaning of their own name,” Putin said “outstanding figures in American history from the ranks of the Democratic Party would likely be turning in their graves. Roosevelt certainly would be.” …