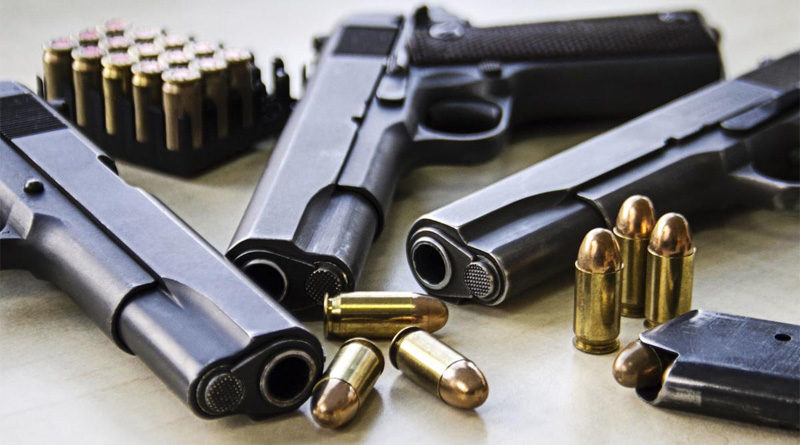 Democrats won the recent elections in Virginia. They have not taken office yet, but they announced their legislative plans. I guess they have to do that since out-of-state special interests funded so many of their campaigns and the newly-minted legislators have to quickly prove their fealty. Their chief target has been the honest gun owners of Virginia. This has been amazing to watch.

Law-abiding gun owners throughout the Commonwealth must continue to join together to fight against gun bans, gun rationing, and confiscation this January in Richmond. Your NRA has events planned for the early, critical days of the 2020 legislative session.

Some of the first announcements were plans to outlaw “assault weapons”. “Assault weapon” is a well-tested catch phrase that means any gun that looks scary to potential voters. The color black is scary. Something that looks like it came out of a video game is scary. Paint the same gun pink and put a wood stock on it, and it is suddenly acceptable. The politicians don’t have to fool all the people all the time with their mislabeled claims. Democrat politicians only have to fool the press, and that is remarkably easy to do. The press never bothers to check if previous “assault weapon” bans actually lowered the crime rate. To the surprise of the Democrat politicians and their donors, the gun owners in Virginia were not buying the media spin.

The official evil black rifle is the AR-15. Lost in the headlines is the fact that the AR was developed 63 years ago. It was designed as an easy to shoot firearm that is adjustable to fit people of varying stature. It shoots one bullet each time the trigger is pressed, a suddenly novel feature that is over 130 years old. The AR is significantly lighter in weight, and easier shooting, than a main battle rifle. Despite the media hysterics, in some states, the AR was not allowed for deer hunting because it was initially considered an underpowered cartridge.

We’re not talking about a fringe segment of the firearms market. The AR and its clones are the most popular and widely sold long-guns in the US. After the lightweight .22s, the AR is often the gateway rifle for new shooters. The AR has also been called a girl’s gun, and that may be the real reason it is vilified by Virginia Democrats.

As we saw in other states, the Virginia Democrats first demanded confiscation of existing guns. When the public defiantly answered with, “Come and take them,” the Virginia Democrats proposed to outlaw the sales of ARs while demanding the registration of existing guns. In their dictatorial exuberance, the gun-banning Democrats also said they’d scoop up some shotguns and rifles that weren’t ARs.

What strikes me as strange is that the Democrats don’t want to ban all the ARs. These guns are called weapons of war when the Democrats want to disarm civilians. The same hardware is called “a patrol rifle” or a “personal defense weapon” if the police or government agents carry them. What the Democrats are saying with their wordplay is that select government employees can be armed, but the rest of us must be helpless. Recent events showed us the tragic results.

Democrats are not against guns. They are only against us having them.
Time and again we’re told that the police will protect us, so it is ok if we’re disarmed at church, at school, or in some contrived “gun free zone”. Note that the people making these rules don’t have to follow them. The elites have their own security service at the capital, and even at church. Government officials get a security team, but you don’t.

The past Republican State Attorney General in Virginia said that self defense was sufficient cause to carry a concealed firearm in church. I expect the present Democrat State Attorney General in Virginia to reverse that ruling. The Democrat montra is that the more of us are defenseless, the safer we will be. Ask yourself this question; if we’re so safe, then why do the Democrat Brahmins need a security detail everywhere they go?

Democrats often restrict the right of citizens to go armed in public. When that happens, judges and elite politicians will receive carry permits, while you are denied them. You are also disarmed in many “gun-free zones” where they may carry. Concealed carry laws are for the little people.

I expect the cost of concealed carry permits to rise now that Democrats are in power. The excuse will be the cost of state regulation. In fact, the armed citizen is the most economically efficient form of crime control. What other states can do for a few dollars, the State of Virginia will soon charge much more.

Taking a page from Alinsky, any feature of a firearm can be isolated, demonized, and outlawed. For example, semi-automatic firearms shoot too fast. Magazines carry too many cartridges. Guns anywhere are invariably too close to schools and playgrounds. The universal exception is when the same firearm is issued to a law enforcement officer. What the media then ignores is that licensed concealed carry holders are more law abiding and more accurate than cops. The takeaway is that facts don’t matter when you’re selling propaganda.

I have a simple test for gun-control proposals. Call me once you’ve imposed those same regulations on the police and security services protecting the capital and county buildings. Democrats are not hypocrites who break the rules. Virginia Democrats are supremacists who think they are above the rules that apply to the rest of us. We won’t change their minds, but we can reveal their character.

When it comes to gun control, all I ask is that Democrat politicians go first. I’ll watch from here and see how it works for you.. and I’ll keep my guns.

I gave you 900 words. Please share them with a friend. RM