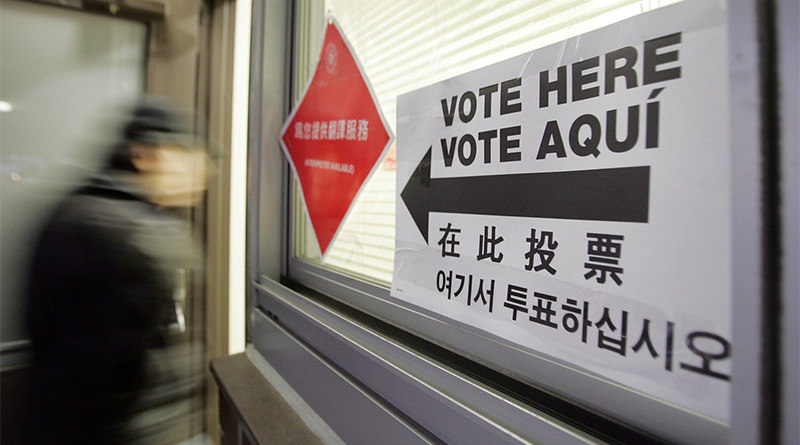 For years, Democrats have consoled themselves after losing elections in North Carolina or elsewhere by insisting that demographic trends were still moving inexorably in their direction — that because non-white voters are growing as a share of the electorate, an “emerging Democratic majority” is inevitable.

On the other side of the spectrum, some Republicans agree wholeheartedly with their Democratic adversaries about the trend, but draw different conclusions. They conclude that a draconian anti-immigration policy coupled with strategies to maximize white support for GOP candidates is a winning strategy for current and future elections.

I’m in neither camp. I don’t think Democratic ascendancy is preordained. I don’t think race and ethnicity are fixed characteristics in the long run, or that “Hispanics” and “Asians” are sufficient categories for describing and predicting political behavior. Filipinos, Japanese, Malays, and Bangladeshis might get lumped into the same Census category, but their histories, preferences, and electoral behavior are dissimilar. The same is true for Mexicans, Cubans, Colombians, and Chileans.

Most of all, I think sweeping claims about group preferences can produce analytical messes. In the 2016 election cycle, for example, white Americans were more likely to vote Republican for Congress than non-whites were. But 38 percent of whites voted Democratic. That’s not too far from the shares of Asians (34 percent) and Hispanics (32 percent), and “other” ethnicities (41 percent) who voted Republican in House races.

In that same 2016 cycle, Richard Burr was re-elected to his third term in the U.S. Senate by drawing the votes of a strong majority (64 percent) of white North Carolinians, yes, but also 49 percent of Hispanic North Carolinians and 37 percent of “other” voters (the Asian share of the state electorate was too small for the exit poll to measure effectively).

To say “whites” vote this way and “non-whites” vote the other way, then, is to oversimplify. In this context, the fact that African-Americans vote so overwhelmingly for Democrats (around 90 percent as of 2016) is an atypical phenomenon, not a template for American voting behavior as a whole.

There is no question that if current voting patterns by race and ethnicity persist, and non-whites continue to grow as a percentage of the electorate, Republicans will have a harder and harder time winning statewide or even district races. What I’m questioning is the assumption that those patterns must persist.

As the Richard Burr example reflects, some Republicans are better than others at reaching out to non-white voters. They tend to enjoy greater successes in statewide elections and high job-approval ratings. Republican Gov. Larry Hogan of Maryland enjoys 70 percent job approval, including majorities among blacks and Hispanics. Republican Gov. Charlie Baker of Massachusetts has a favorable rating from 63 percent of non-white voters in his state. More Hispanic Texans approve (46 percent) than disapprove (36 percent) of the job conservative Gov. Greg Abbott is doing, and even his 34 percent rating among black Texans is a comparatively respectable showing.

Some conservative Republicans worry that to campaign more effectively among non-white voters, they’ll have to give up their core principles. That’s not true, either.

A recent Pew Research Center poll asked voters if they generally preferred a smaller government with lower taxes and fewer services or a larger government with higher taxes and more services. Whites were more likely (55 percent) to opt for smaller government than the other groups, to be sure, but the shares of black, Hispanic, Asian, and other non-white voters who preferred the conservative option were all higher than the shares of their votes that went to Republican congressional candidates in 2016.

Here’s one way to think about the situation. Republicans won the national vote for U.S. House in 2016 by a single percentage point. But if their candidates had polled, on average, just 20 percent among blacks, 40 percent among Hispanics and Asians, and 45 percent among other minority voters, Republicans would have outpolled Democrats nationwide by a comfortable five points.

In politics, persuasion matters. It’s not just about demographics.

2 thoughts on “Wake Up! The TRUTH About Why Republicans Lost the House”