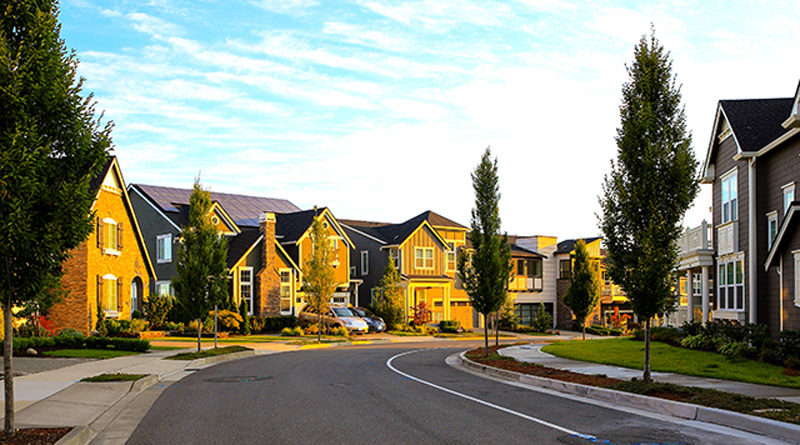 Trump said during a 2020 campaign rally that Biden wants “to put low-cost housing in the suburbs, and that would mean abolishing, ruining the suburbs. It has already begun. It’s been going on for years.”

Biden refuted the claim at the time by saying Trump is “trying to scare because an awful lot of suburbanites are now deciding they’re going to vote for me, at least the data suggests, as opposed to him.”

But Democrats are, indeed, planning to federalize local zoning laws within the infrastructure reconciliation package to displace single family homes with high-rise, low-income apartments to impact the already purple suburbs.

The reconciliation package plans to begin the destruction of the suburbs via a measure within the package called the “HOMES Act,” which intends to put the federal government in charge of local zoning laws to change local demographics, impacting the already purple voting districts.

According to the measure, any local government which does not comply with the federal zoning guidelines, meaning “ordinances that ban apartment buildings from certain residential areas or set a minimum lot size for a single family home,” the Department of House and Urban Development (HUD) will cut off funding to that city which the city uses to maintain the its current low-income housing.

More consequences for cities keeping their local zoning laws in place, bucking federal the government’s overreach, would be to punish states by blocking them from “receiving taxpayer funded transportation grants of any kind if they refuse to allow highrise apartments throughout their high density zoning in their suburbs.”

The establishment media seems very much for the radical-left plan. USA Today wrote the following:

A house with a white picket fence and a big backyard for a Fourth of July barbecue may be a staple of the American dream, but experts and local politicians say multifamily zoning is key to combating climate change, racial injustice and the nation’s growing affordable housing crisis.

The infrastructure package is now being negotiated among members of congress which moderate and far-left Democrats and President Joe Biden want to pass via reconciliation, a tactic which is immune to Republican filibuster.

The reconciliation package is rumored to be anywhere from $4 trillion to $10 trillion, nearly three times more than the United States’ projected 2021 revenues, according to the Congressional Budget Office (CBO).