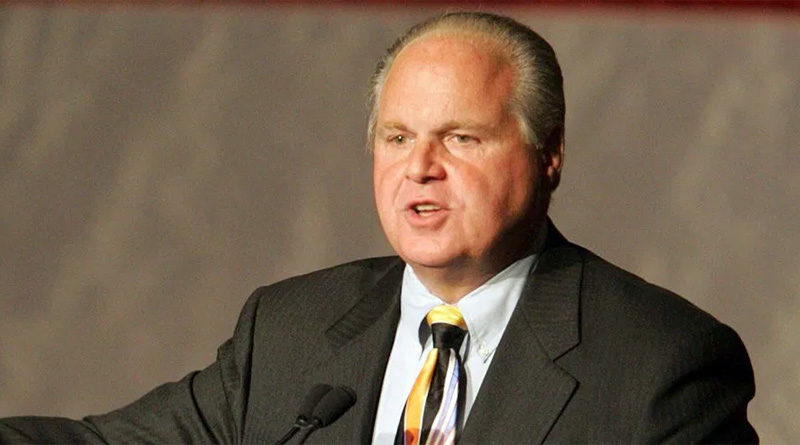 Rush Limbaugh has offered many profoundly unique observations in his career, but one he made within the past year was exceptionally “spot-on.” To paraphrase, he remarked that the left has willfully empowered the mentally-ill by treating their rantings and delusions as if they were legitimate grievances.

Trump Derangement Syndrome is quite real, and it clearly applies to those who unquestioningly believe such ridiculous propaganda as the claim that President Trump will ignore the 22nd Amendment after his second term, and then crown himself “king” and rule indefinitely over a “Fascist” dictatorship.

Another example of this is the envy, rage and violence of “Antifa,” a motley collection of losers who inhabit their parents’ basements as they watch life pass them by. Their parasitism is interrupted only by occasional bouts of criminal violence to deny the First Amendment rights of decent and law-abiding citizens.

A less-publicized example of empowering the deranged involved threats by Obama’s Justice Department against the state of North Carolina in 2016. North Carolina passed a law requiring the so-called “transgendered” to use public restrooms based on to their BIOLOGICAL gender rather than their SELF-IDENTIFIED “gender.” The problems that would accompany the DOJ’s preferred policy were obvious to everyone but denizens of the left.

Empowering mentally ill individuals was also glaringly evident in the “Democrat” Primary debates this past December 19th. Candidates attempted to “outbid” each other in terms of pure delusion by embracing policy positions no sane or sober person would entertain, not even on a bet. Adults in any other era would have recognized their ideas as madness and driven them from the stage.

For example, the Jewish rump-ranger from South Bend has proposed “reparations” for the offspring of illegal aliens. He believes this is needed because the U.S. has been too slow in granting citizenship to their parents, who snuck into this country illegally and then dropped a litter.

Rewarding people for illegal behavior seems to be a recurring theme for this guy: He also supports reparations for that 13% of the population that commit the VAST MAJORITY of violent felonies in the U.S., and 90% of our murders each year. Oh, and he also wants to decriminalize all currently illegal drug possession and use, too.

I think it was that dizzy loon, Pocahontas, who promised that she would eliminate segregating inmates by gender in our federal prison system. Thus, she would permit so-called “transgenders” to run amok amongst the female inmate populations, merely to pander to those sad and highly disturbed individuals with “gender identity problems.”

It was no coincidence that every “Democrat” Primary candidate also supported free health care for illegal aliens, a policy that would not only bankrupt us, but would ensure that the entire population of Central America would soon be at our doorstep demanding admittance and immediate access to all available free stuff.

Each of the “Democrat” candidates claim they would eliminate fossil fuels and kill the gas, oil and coal industries in the United States. They are lying, of course, but their crazed and envious supporters quiver with pleasure at the prospect of Trump’s “deplorables” bicycling and hoofing it back to the 19th Century.

This is how “Democrats” and other leftists ingratiate themselves with crazed environmentalists, many of whom are so far gone that they truly believe life on Earth will end in 12 years. All seem oblivious to the irony that this very scenario has been predicted many times by predecessors in the environmentalist movement going back 50 years or more.

Another brilliant proposal bandied about would be to allow felons to vote from prison, just as the left has routinely encouraged their relatives to vote early and often, and frequently from the grave.

What the hell, if any of these “Democrats” were actually elected president, federal and state prisons systems would long ago have been emptied to make room for deplorables. All of the “nut-houses” would have been emptied as well, and for the same reason.