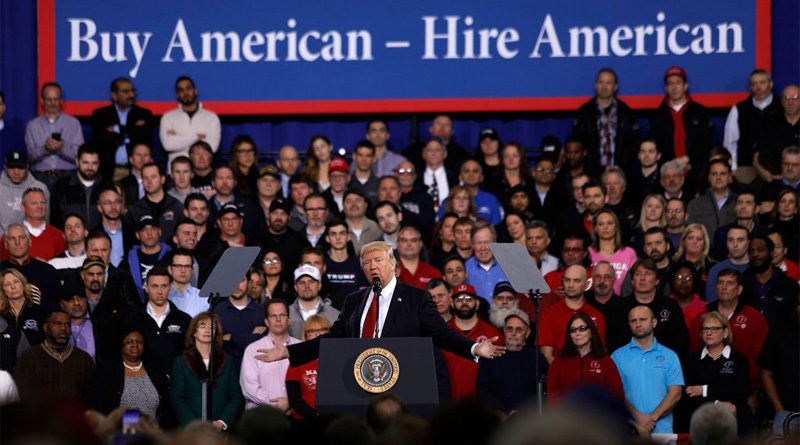 Opponents of job outsourcing are making a holiday-season appeal to President Trump: Stop U.S. companies from forcing American workers to train the very same cheaper foreign laborers who will soon replace them.

Why it matters: Trump promised voters he’d end abuses of worker visa programs and save U.S. jobs — but as he campaigns for re-election, advocates say he hasn’t done enough.

Driving the news: AT&T is poised to send thousands into the new year hunting for new jobs after assigning them to train their own foreign replacements, according to conversations with current and former workers and documents obtained by Axios.

What they’re saying: Sara Blackwell, a Florida-based lawyer who represents Americans displaced by workers on visas or overseas, told Axios: “American workers are tired of waiting for President Trump to do something on this issue.”

By the numbers: There are few comprehensive studies and little agreement on the scope of the phenomenon, experts told Axios, because contracts and outsourcing processes are typically kept quiet.

What they’re saying: Axios spoke with workers who have already transitioned or will switch in January to working for outsourcing companies.

How it works: Workers may be assured their job will not change when they are “rebadged” to work for a contractor. “The sad reality is you’ve just been terminated without your severance,” said one worker Axios interviewed. “You’re at the mercy of a company that doesn’t really want you.”