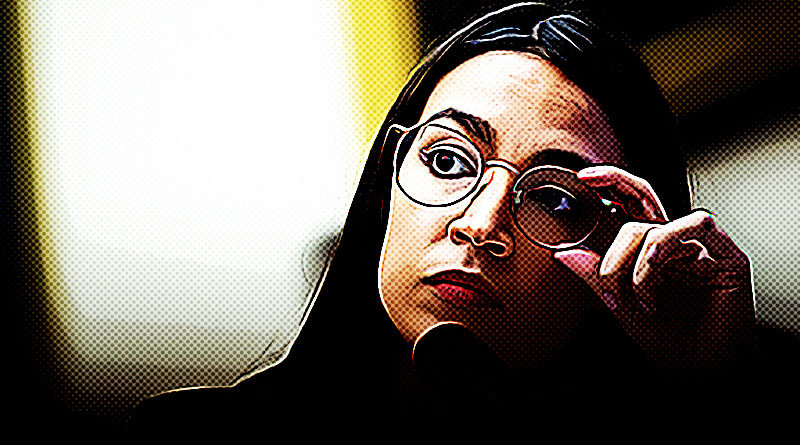 Alexandria Ocasio-Cortez (AOC) recently stated on Instagram that “famed economist Milton Keynes predicted that by 2030, GDP and technology would have advanced (sic) so much that it (sic) would allow everyday people to work as little as 15 hours a week…”

Hopefully, every conservative in the nation recognizes this idiot has confused and combined the names of libertarian-conservative Milton Friedman with that of John Maynard Keynes, the leftist pedophile from Cambridge who gave lousy advice to FDR.

I’m sufficiently familiar with Milton Friedman to doubt that he would have predicted anything so insipid as the one attributed to him by AOC. Friedman tended to abstain from predicting the future, which is not an endeavor engaged in by true scientists, and an activity best left to palm-readers and other charlatans. Real scientists only make predictions in their hypotheses when conducting an experiment.

Friedman was the greatest social scientist in world history and winner of the unshared 1976 Nobel Prize for Economics. He was a libertarian-conservative who revolutionized the entire discipline of Economics, and encouraged his peers to apply their skills to subjects not traditionally examined by economists, such as criminal justice.

In fact, Friedman was President of the American Economic Association and Editor of the AMERICAN ECONOMIC REVIEW when it published the first empirical study proving the effectiveness of capital punishment as a general deterrent to murder. (Isaac Ehrlich. “The Deterrent Effect of Capital Punishment.” AMERICAN ECONOMIC REVIEW, June of 1975.)

Meanwhile, Keynes provided every “democratic-socialist” since the 1930s with a rationale for spending irresponsibly and raising taxes with abandon. Keynes did for public finance in the Western Democracies what the Obama Administration has done for the integrity of the FBI and CIA with operation “Crossfire Hurricane,” used to spy on President Trump.

Meanwhile, AOC is an empty-headed lightweight and dilettante, who supposedly earned an Economics Degree from Boston University. If Boston University’s Board of Trustees has any courage or standards remaining — and it’s doubtful — they would rescind her degree and demand that she surrender it to them.