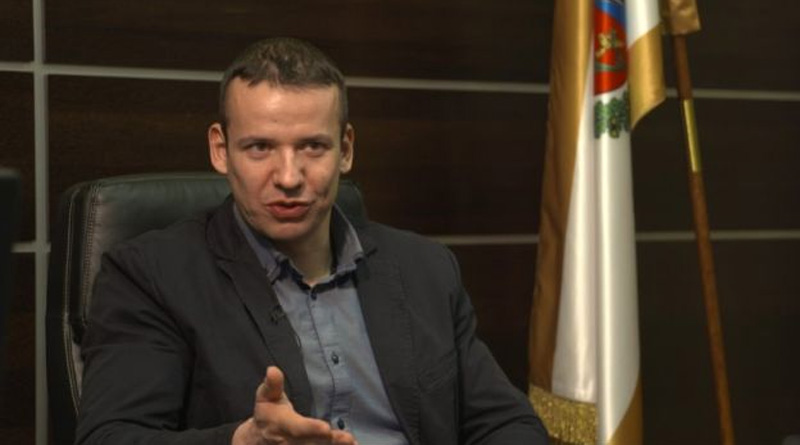 In a BBC Report, “A village in Hungary has banned the wearing of Muslim dress and the call to prayer. By leading what it calls “the war against Muslim culture”, it hopes to attract other Christian Europeans who object to multiculturalism in their own countries.

“We primarily welcome people from western Europe – people who wouldn’t like to live in a multicultural society,” Laszlo Toroczkai tells the BBC’s Victoria Derbyshire programme. “We wouldn’t like to attract Muslims to the village.”

Mr Toroczkai is mayor of Asotthalom, a remote village in the southern Hungarian plains, situated around two hours from the capital Budapest.
“It’s very important for the village to preserve its traditions. If large numbers of Muslims arrived here, they would not be able to integrate into the Christian community.

“We can see large Muslim communities in western Europe that haven’t been able to integrate – and we don’t want to have the same experience here,” he says. “I’d like Europe to belong to Europeans, Asia to belong to Asians and Africa to belong to Africans. Simple as that.”

The refugee crisis has contributed to a rise in anti-immigrant sentiment across large parts of Europe and Hungary is no exception.
At the height of the migrant crisis, as many as 10,000 people crossed the border – just minutes from Asotthalom – from Serbia into Hungary each day.

The mayor has capitalised on the anxiety about such an influx and introduced by-laws of questionable legality.

The new local legislation bans the wearing of Muslim dress like the hijab and the call to prayer and also outlaws public displays of affection by gay people. Changes are also being brought in to prevent the building of mosques, despite there being only two Muslims living there currently.

Many lawyers think the laws contravene the Hungarian constitution and, as part of a general review of new local legislation, the government will rule on them in mid-February.

The laws, however, have support among many members of the community.

One resident, Eniko Undreiner, said it was “really scary” to see “masses of migrants walking through the village” last year as they crossed into the country.

“I spend a lot of time at home alone with my young kids – yes, there were times when I was scared,” she says.

The two Muslims living in the village did not want to speak to the BBC for fear of attracting attention to themselves.

However, one member of the village said they were “fully integrated” within the community.

“They don’t provoke anyone. They don’t wear the niqab, they don’t harass people… I know them personally. We get on just fine.”

The mayor hopes the village can be at the forefront of what he calls “the war against Muslim culture”.

He has employed round-the-clock border patrols, which he thinks will attract white Europeans to live there.

The Knights Templar International has been advertising homes in Asotthalom on its Facebook page.

Its members include Nick Griffin, former leader of the British National Party, and the party’s former treasurer Jim Dowson.

“I have been contacted by Jim Dowson,” Mr Toroczkai explains. “He came to Asotthalom a few times as a private individual, just to have a look. Nick Griffin also came with him.”

Mr Griffin has previously described Hungary as “a place to get away from the hell that is about to break loose in western Europe”.

“When it all goes terribly wrong in the West, more will move to Hungary and Hungary needs those people.”

We have asked Knights Templar International and Nick Griffin for an interview, but neither responded.

Mr Toroczkai says he would be happy to welcome people from England.

Asked if he is trying to establish a white supremacist village, Mr Toroczkai replies: “I didn’t use the word white. But because we are a white, European, Christian population, we want to stay [like] this.

“If we were black we’d want to stay a black village.

“But this is a fact and we want to preserve this fact.”