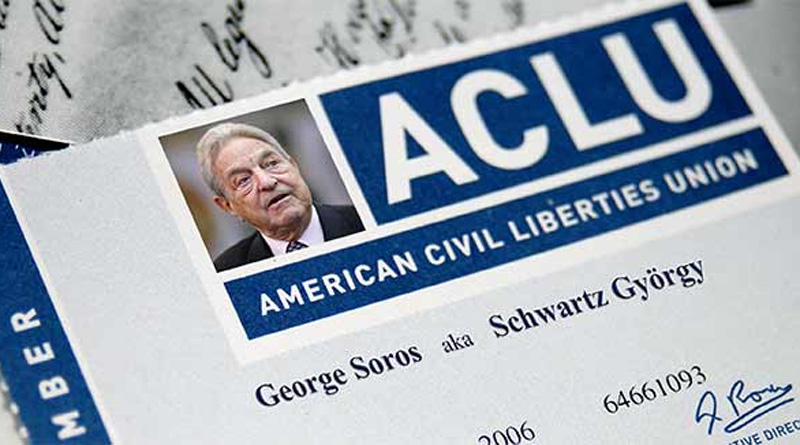 The billionaire leftist teams up with Democrat attorneys general to bury the administration in legal challenges.

More than a dozen lawsuits and counting have been filed against President Donald Trump’s executive order that temporarily blocks visas from Iraq, Iran, Syria, Libya, Sudan, Somalia, and Yemen. Looking beyond the handful of emotional personal stories that are gaining the media’s sympathy, there is a more predictable political power dynamic at play. The lawsuits largely stem from organizations bankrolled by billionaire leftist George Soros and Democratic state attorneys general.

New York Attorney General Eric Schneiderman, who has carried out a political vendetta against Trump, led 15 other state attorneys general in a joint statement condemning what they called an “unconstitutional, un-American and unlawful executive order.” The Democratic AGs also said, “Religious liberty has been, and always will be, a bedrock principle of our country and no president can change that truth,” a curious statement from the party that targeted the Little Sisters of the Poor.

“It shouldn’t surprise anyone that pressure groups funded by George Soros are litigating to keep U.S. ports-of-entry wide open to terrorists and other people who hate America … Soros has said he wants to bring America down.”

Last August, George Soros’ son, Alex Soros, posted a picture of himself with Schneiderman on Instagram, and wrote, “Great to meet with #newyork attorney general @ericschneiderman who recognized that @realdonaldtrump was a fraud way before many and has courageously taken him on!”

Schneiderman, as well as Democratic attorneys general in Virginia and Massachusetts, intervened in existing lawsuits. The lawsuit brought by Washington State Attorney General Robert Ferguson has achieved the most success, bringing the case that blocked the order nationwide.

The lawsuit convinced a federal judge of the state’s standing on the claim the order is “separating Washington families, harming thousands of Washington residents, damaging Washington’s economy, hurting Washington-based companies and undermining Washington’s sovereign interest in remaining a welcoming place for immigrants and refugees.”

Outside of the politicians, Soros’ Open Society Foundations, which advocates for open borders, is financing several advocacy groups that initiated litigation against the order.

Leading the way in these lawsuits in several states is the American Civil Liberties Union, which has gotten at least $35.5 million from the Open Society Foundations, according to the Capital Research Center, a Washington think tank that investigates nonprofits.

“It shouldn’t surprise anyone that pressure groups funded by George Soros are litigating to keep U.S. ports-of-entry wide open to terrorists and other people who hate America,” Matthew Vadum, senior vice president of the CRC, told LifeZette. “Soros has said he wants to bring America down. Flooding the country with Muslim aliens who won’t assimilate is one way to do that.”

In a Seattle suit, separate from the Washington State case, ABC News reported the American Immigration Council, the Northwest Immigrant Rights Project, and the National Immigration Project of the National Lawyers Guild filed a class action complaint on behalf of lawful permanent residents that want their immediate family members that are citizens of the seven countries be able to enter the United States.

Soros’ Open Society Foundations gave $425,000 to the American Immigration Council from 2011 through 2013, according to the CRC, which shows Soros’ group also gave at least $50,000 to the National Lawyers Guild.

The fact that a lawsuit is politically motivated doesn’t mean it lacks legal merits. Republican attorneys general and conservative groups challenged the Obama administration’s executive actions. But as the media plays up emotional stories, no one should try to divorce politics from these legal maneuvers.