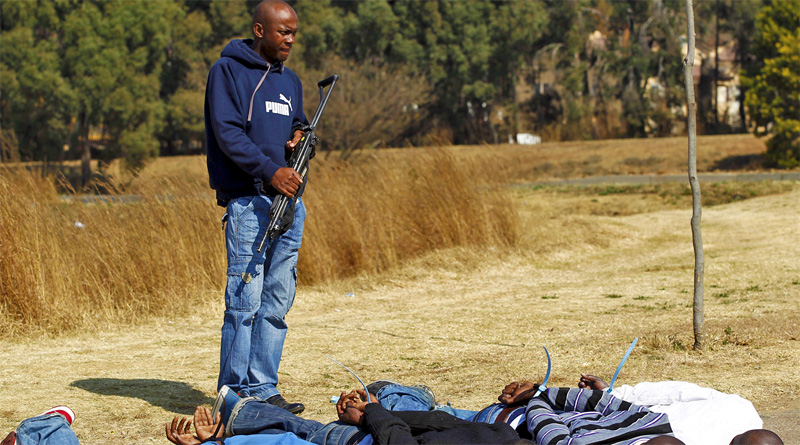 It’s an established fact that there’s no nation in the world as free when it comes to guns as the United States. Our Second Amendment, written in the aftermath of a bloody revolution to break free of a powerful empire, solidifies and enshrines our natural right to keep and bear arms.

In other parts of the world, that simply doesn’t exist. Guns are something you need permission to own, something your lord and masters in the government bless you with for being an obedient boy or girl.

However, it never fails that someone will look to other countries for “proof” that gun control works. They’re convinced that entirely different countries with different cultural pressures, economic differences, and a whole host of other factors are a valid representation of what the United States would look like.

Then they ignore all the countries that have gun control and rampant gun violence. The latest? South Africa.

Gun Free South Africa believes the gun situation in South Africa has reached alarming proportions. The organisation which advocates for a gun free society, says the responsibility of ridding SA of guns relies squarely on the shoulders of the police.

GFSA’s Adele Kirsten was speaking to The Mercury following two shootings at the weekend that claimed the lives of two men.

“In South Africa, 21 people are killed every day by a gun. Gun violence is out of control. In KwaZulu-Natal, gun violence statistics are particularly high due to political killings and taxi violence. The increase in gun violence comes from poor control when it comes to issuing licenses, fraud and corruption. We are waiting for government to strengthen the existing gun laws, however there has been instability with SAPS with new leadership,” she said.

Here’s the thing. South Africa was once a pretty stable country. In recent years, it has gone to hell. As part of its response to that, it has some fairly strict gun control. Like American proposals, it appears it was all designed to stop criminals, but clearly, it didn’t work.

That’s not terribly surprising. After all, whatever the causes of violence, it’s not easy access to weapons that causes problems. It’s people. It’s people and maybe other societal pressures that we really don’t understand. Without those aspects, you get countries like Iceland. Otherwise, you get countries grasping at gun control straws only to…you guessed it, disarm the innocent, law-abiding citizens and failing to do anything to address the actual problem.

If the definition of insanity is doing the same thing over and over again and expecting a different result, what does that really say about gun control advocates?