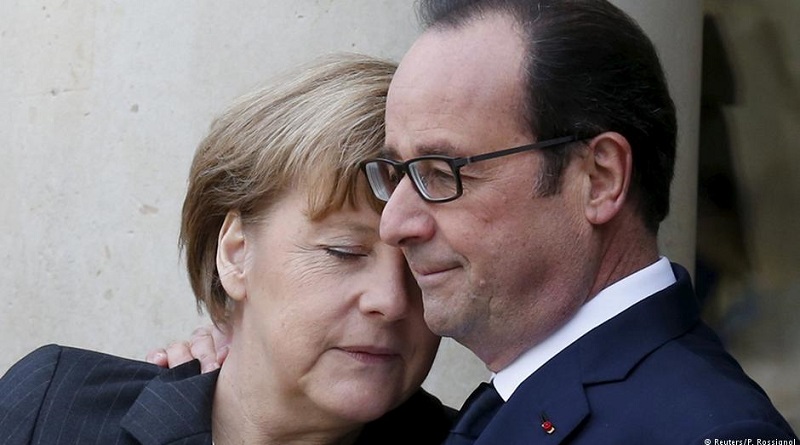 “BERLIN — Reflecting mounting European anger and astonishment at President Trump, several countries on Sunday rejected — sometimes in blunt terms — his ban on all refugees and the citizens of seven Muslim-majority countries entering the United States.

The spokesman for Chancellor Angela Merkel of Germany said there was no justification for the policy — not even the fight against terrorism — of refusing to admit refugees fleeing war. Prime Minister Theresa May of Britain revised her stance on the American directive to take a harder line, while Prime Minister Paolo Gentiloni of Italy said that Mr. Trump’s approach ran counter to basic European principles. …

The comments came a day after President François Hollande of France, who unlike Ms. Merkel is not running for re-election this year, said he had reminded Mr. Trump of his “conviction that the ongoing fight to defend our democracy will be effective only if we sign up to respect to the founding principles and, in particular, the welcoming of refugees.” …

Mr. Trump’s executive order was preceded on Friday by an emotional appeal from the mayor of Berlin, related to another proposal by Mr. Trump that has proved polarizing — the construction of a wall along the United States border with Mexico.

Our country needs strong borders and extreme vetting, NOW. Look what is happening all over Europe and, indeed, the world – a horrible mess!

Domestically, President Trump can point and laugh at Angela Merkel and François Hollande, as France and Germany have been repeatedly attacked by Muslim refugees under their failed leadership. Internationally, Angela Merkel and François Hollande’s attacks open the debate in their own countries, which paves the way for Marine Le Pen and Frauke Petry in France and Germany’s upcoming elections. 93% of Muslims in France voted for Hollande who has a 4% approval rating.