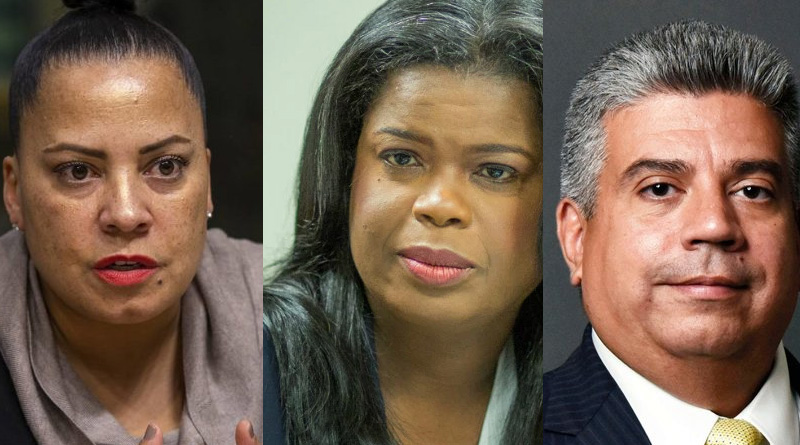 By Rafael A. Mangual

A leftward shift among urban prosecutors has become a race to the bottom. In Boston, Rachael Rollins campaigned on ending prosecutions for “minor” offenses, such as petty larceny. In Manhattan, Cy Vance promised to stop prosecuting marijuana possession and fare evasion. Chicago’s Kim Foxx, who recused herself from disgraced actor Jussie Smollett’s prosecution, has gone all-in on “restorative justice.” Philadelphia D.A. Larry Krasner wants to reduce sentences for even the most violent offenders, and in Baltimore, Marilyn Mosby’s commitment to marijuana decriminalization led her to decline to prosecute a man found with 16 pounds of pot in his car.

Among this progressive cohort is Brooklyn District Attorney Eric Gonzalez. This week, Gonzalez released his “Action Plan for Brooklyn,” which lays out the reforms he’ll implement as part of his Justice 2020 Initiative. The plan is based on bad ideas and misguided assumptions that could jeopardize the public-safety gains of the 1990s and 2000s. It is predicated largely on the notion that New York City over-incarcerates, but the state and city have already substantially reduced their incarcerated populations: New York State cut its prison population by 31 percent between 1999 and 2016, and between 1998 and 2018, New York City’s average daily jail population plummeted, from more than 17,500 inmates to fewer than 8,900—a decrease of about 50 percent.

Justice 2020 calls for “focusing resources on the drivers of crime,” but New York City already does that. Only 6,400 (less than 2 percent) of the NYPD’s 394,000 annual arrests result in a prison sentence, according to a report published by the Mayor’s Office of Criminal Justice, and only about 10 percent of NYPD arrests result in a defendant being jailed for pretrial detainment. New York City’s jails are not filled with people arrested for littering; they are reserved for the worst of the city’s worst. The MOCJ reports that “91 percent of the pretrial population at Rikers is held on a felony charge (49 percent on violent felony charges),” and “over half of the jail population is facing multiple cases.” Most of those defendants have prior criminal histories and are well past their “second chance.” According to the city’s Department of Correction, the “percentage of people in jails who have previously been admitted is historically around 75 percent.” There just isn’t much room for further decarceration in New York, without releasing chronic and often violent offenders.

It’s tempting to look at the steady declines of New York’s prison and jail populations, and the contemporaneous decline in violent crime, as proof that large-scale decarceration doesn’t undermine public safety. The crime decline was, however, preceded by significant rises in both the state prison and city jail populations—and those upticks led to the incapacitation of would-be offenders, allowing neighborhoods to heal from the wounds inflicted by chronic offenders. The incapacitation lesson was reflected throughout the gradual decline in the state’s prison population; during that period, time served decreased for drug and property offenses but increased for violent offenses. From 1990 to 2009, the average time served for New York State prisoners incarcerated for violent crimes went from 4.9 years to 6.0 years. The decline in incarceration and crime also corresponded with the adoption of an aggressive, data-driven community-policing model. Focused on lower-stakes interventions that were less likely to result in lengthy sentences, proactive policing led to significant drops in violent crime.

District Attorney Gonzalez contends that increases in incarceration “had the effect of destabilizing families,” which “fail to make us safer.” The “destabilizing families” argument takes for granted that the absence of these people—mostly fathers—from the home has negative effects on their children. Some compelling evidence suggests otherwise. One study, published in the journal Childhood Development, found that the presence of a father who engaged in “high levels of antisocial behavior” in the home was worse for children than the absence of a pro-social father. The authors concluded that “the advantages of growing up in a two-parent family may be negated when one or both parents are characterized by a history of antisocial behavior.” Another study of children in Colombia found that “conditional on conviction, parental incarceration increases years of education by 0.6 years for the children whose parents were on the margin of incarceration.” To the extent that people who find themselves in jail or prison engage in high levels of antisocial behavior—not hard to imagine—the impact of their absence (at least on children) may well be better than that of their presence.

It’s simply a myth that a larger imprisoned population didn’t make us safer. Even the most liberal critics of the criminal-justice system have acknowledged the role that incarceration played in America’s violent-crime decline. A 2005 report of The Sentencing Project found that “About 25 percent of the decline in violent crime can be attributed to increased incarceration.” And in his recent book, Uneasy Peace, NYU sociologist Patrick Sharkey concedes that “there is no longer much debate that mass incarceration played a role in reducing violence.”

Gonzalez believes that there are more “effective ways to hold accountable those who do harm” than incarceration, but his plan makes vague reference only to “early” and “community-based interventions.” He offers no data to support the idea that other kinds of interventions can more effectively prevent an offender from harming the public. Prisons and jails offer inmates a range of rehabilitative programming options, from counseling to educational and vocational development, but most state prisoners in the U.S.— 83 percent — ill recidivate. That number doesn’t instill confidence in non-carceral interventions aimed at reducing a defendant’s likelihood to reoffend.

Gonzalez unveiled Justice 2020 not long after the NYPD rolled out its own plan to address elevated levels of serious crime in six precincts throughout the city. Two of those six precincts are in the Brooklyn North patrol bureau, where homicides are up 150 percent and shootings are up 69 percent so far this year, through March 3. In Brooklyn South, homicides are up 80 percent, year-to-date. If Gonzalez moves forward with his plan to let more offenders walk the streets, a short-term spike could become more enduring, as well as an unwelcome suggestion that New York is heading back to the bad old days.