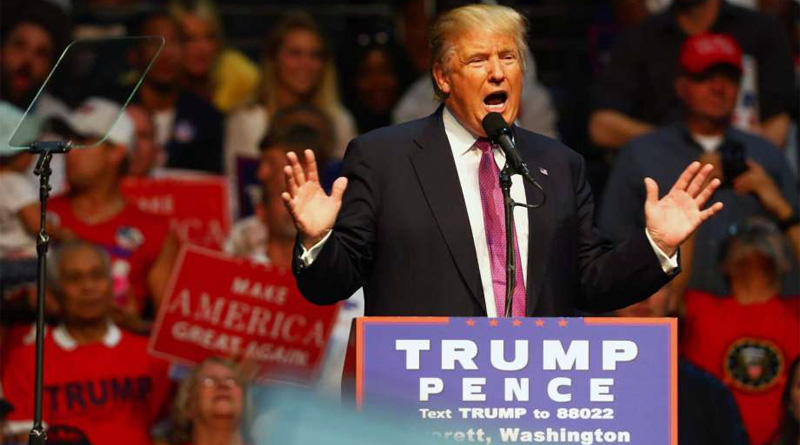 As November approaches, the hearts and minds of many Americans are fixed upon the “mid-term” elections. The conventional wisdom is that the party of the President loses seats in Congress during these elections. While this is always problematic if one likes the sitting President, this election is very different from virtually any election most Americans have known.

Not since the middle of the 19th Century has so much ridden on the results of an election. Indeed, even the possibility of our union’s unraveling — which loomed on the eve of the 1860 Election — did not portend the scope of the disaster that will overcome us if the Democrats regain control of the Congress.

Thus far, a few courageous patriots in the GOP have successfully managed to uncover and forestall a silent and bloodless coup by holdovers from the previous administration conspiring against the sitting Republican President. The conspiracy consists of officials within the “Deep State,” acting through agencies and institutions ostensibly under the authority of the Chief Executive, such as the Departments of Justice and State, the FBI, the CIA.

These unconstitutional and seditious efforts to remove Donald Trump from office — by any and all means — have had little success beyond a daily annoyance as he remains ensconced at 1600 Pennsylvania Avenue, a vigorous, popular and successful president. However, few believe that Trump can successfully survive the return of a Democrat majority to Congress, and with it, the return of Nancy Pelosi, Chuck Schumer, and Maxine Waters to leadership positions.

And yet, in this time of paramount importance, the electoral process has never been more debased, dishonest and suspect! Sanctuary states and cities declare that illegal immigrants will be permitted to vote, along with felons and anyone else — dead, alive or non-existent — whose names can be added to the rolls.

Meanwhile, electronic voting has proven to be about as honest as Chicago Machine Politics, while the votes of deployed military personnel often get lost or stolen and never counted.

Now, there are those who say, if the process were that flawed, how did Trump get elected? And that is a very good question but there is also a very simple answer: The Deep State was vastly overconfident. Hillary Clinton was believed to be a shoe-in! She Couldn’t Lose, much like a previous headline from electoral history: Dewey Defeats Truman!

The hysteria you see today in the Deep State is the result of a failure of the conspirators to cover their tracks in the belief that they wouldn’t have to! Had Hillary assumed the office of president – surrounded by her retinue of leftists and other criminals — all evidence of crimes by the previous administration would have been destroyed and buried as surely as the evidence of her own illegal e-mail system was destroyed.

Yet, we would be foolish to assume that the Deep State will repeat its earlier mistakes and fail to obscure whatever criminal acts are necessary to win this election — whether they include multiple-voters, dead voters, illegal voters or the silencing of opposition through lost ballots or gerrymandering. There is much at stake: If the “swamp” is successful, the election of 2018 will be a rejection of the election of 2016 unless We the People venture to the polls and vote as we did for Donald Trump in 2016!

Will that carry the day? I have no idea but I believe it is our only hope short of the eruption of the Yellowstone super volcano or The Second Coming! In either case, the election will be irrelevant.

Election fraud is not new, but its consequences have never been more potentially calamitous or fatal to what’s left of the Republic. EVEN IF YOU HAVE TO WALK, RIDE A BICYCLE, CRAWL, HITCH-HIKE OR SWIM TO THE POLLS, YOU MUST DO SO!