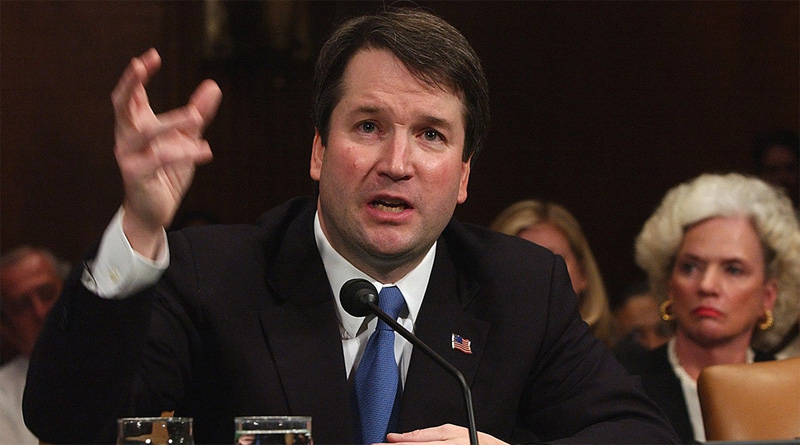 Two or three days ago, I sent an e-mail to Rush Limbaugh. The message read as follows: “While his accusers are busily trying to destroy Brett Kavanaugh, if I’ve read him correctly, he and his family are probably praying for his accusers.”

This was confirmed late on Thursday, the 27th, when Judge Kavanaugh revealed through tears of frustration that his 10 year-old daughter suggested that the family do exactly that and suggested the family pray for his accusers.

I’ve taken a pretty good measure of Kavanaugh, and it would not surprise me if his attitude were “Forgive them Father, for they know not what they do.”

I am reminded of Matthew 5:10: “Blessed are these who suffer for righteous sake…for so also were the Prophets thus persecuted before them.”

After seeing Judge Kavanaugh’s Opening Statement before the Judiciary Committee on September 27, 2018 — to use a baseball metaphor — Brett Kavanaugh dusted himself off after several knock-down pitches and hit one out of the park where even Willie McCovey never hit one!

Each time it appeared that Judge Kavanaugh would be confirmed, a new accuser has conveniently appeared with new and ever more salacious accusations of sexual offenses. Even dull-witted and quisling Republican Senators like Collins, Flake and Murkowsy eventually recognized this was a fabricated strategy to obstruct Kavanuaugh’s Confirmation Process.

Their Marxism renders “feminists”so rabidly dishonest, they are willing to say anything, do anything, or engage in any manner of deceit and character assassination to destroy their ideological opponents. They are truly despicable sociopaths and unfit for public office, even dog-catcher.

It is pretty clear that the Jews’ Media not only report “Fake News,” they are intimately involved and complicit in generating it.

Kavanaugh’s accusers have thoroughly discredited the so-called “#metoo” movement,” and have permanently and profoundly damaged “Feminism” itself, also know as The Ladies’ Auxiliary of Marxism.

No man alive will ever give the same level of credence he formerly did to any woman voicing an allegation of sexual offenses committed against her. That’s their enduring legacy.

As they demonstrated at the Memorial Service for Paul Wellstone — and later, John McCain –- they will hijack any hearing, any tragedy, and any opportunity to engage in political grandstanding to promote the Marxism, feminism, multi-culturalism and diversity they advocate.