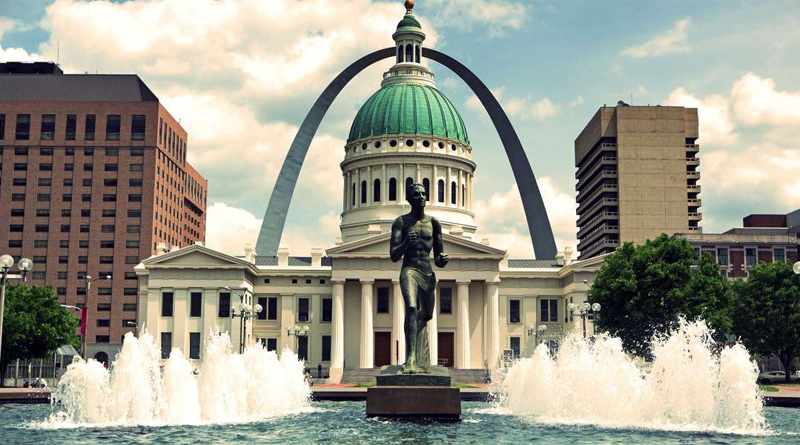 When five Members of the Council of Conservative Citizens were elected to the St. Louis School Board in the 1980s –- attempting to save St. Louis from the malignancy of court-ordered desegregation –- we often adopted a “gallows humor” among ourselves.

This particular form of humor was inspired by the fierce and vicious opposition against us, and the seemingly hopeless task of preventing blacks and leftists from destroying everything they touch.

One joke involved an explanation for the way white Democrats routinely denounced us, even though a child could see the black and leftist coalition they supported on the St. Louis School Board would inevitably destroy the City of St. Louis and its schools. I think it was I who first suggested that “they figure the alligator will eat them last.”

This sarcastic remark suggested that white Democrats really COULD see the writing on the wall, but chose instead to ignore desegregation’s long-term consequences to their race, their neighborhoods and their local schools. Instead, they focused on the selfish and short-term benefits accruing to them for supporting desegregation and the black takeover of the city schools, which allowed them to keep their sinecures.

These sinecures frequently involved elective office, the prestige of being Ward Committeeman, or jobs with the school system or the city. In this regard, they weren’t much better than the criminals who sold guns and liquor to hostile Indian tribes during the “Western Expansion.”

It was the leader of our anti-busing coalition, Tom Bugel, who came up with the funniest response to the old quip about the alligator: One night, as we worked exhaustively on a campaign into the late hours, he replied with a new twist: “Actually, they’ve convinced themselves the alligator is really a vegetarian.” This prompted much hilarity and prolonged bouts of giddy laughter.

The same thing is occurring in most large U.S. cities, and has been for quite some time: White Democrats in positions of authority are busily engaged in betraying their race, their cities, their civilizations, their nation and the Constitution by supporting their mortal enemies against anyone who is white, conservative, Republican, heterosexual, Christian or a Constitutionalist.

I do not mean to suggest that the Republican Establishment is without complicity: The 26 largest corporations in St. Louis gave our opponents $400,000 to steal the 1991 School Board Election by financing massive black voter fraud. (We raised $30,000.) There was concrete and incontrovertible evidence of that voter fraud, but it was ignored by those who opposed us.

The Corrupt Leftist Media – the ST. LOUIS POST-DISPATCH in the case of St. Louis — set the narrative for every story involving the school system, and frequently engaged in outright lies to achieve its desired goal of destroying our coalition. There was an unholy alliance between “Democrat” officeholders, the Corrupt Leftist Media, and the Donor Class even then.

The City of St. Louis is now one Mayoral Election away from being totally lost to a black criminal element: The President of the Board of Alderman is a nigro, the Circuit Attorney is a nigro, the Chief of Police is a nigro, and the Mayor will be a nigro after the next election. When that transpires, St. Louis will become as ungovernable and as hopeless a “graftocracy” as Detroit.

Of course, most of those corporations that gave so much money to our opponents — to see our coalition defeated and cheated — are long gone, just as many of our more vicious and dishonest critics have moved from the city, as well.

Most reside 15 to 30 miles West of St. Louis, where THEIR children or grandchildren will never be subjected to forced desegregation and long bus rides into “Indian Territory.”