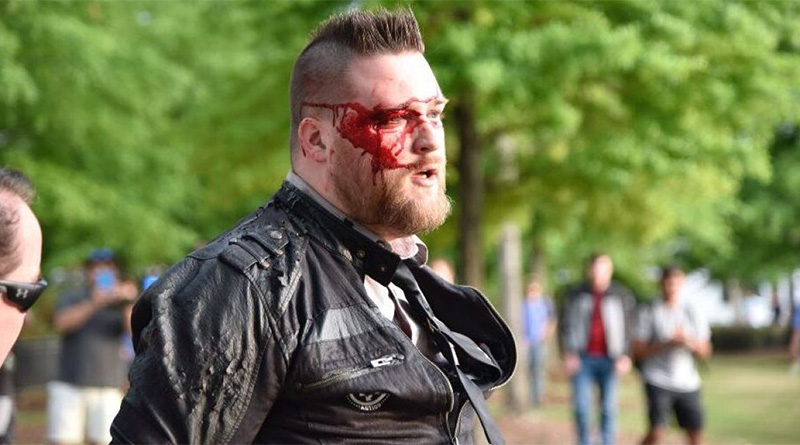 Update: Due to the efforts of Atty. Sam Dickson (whose writing for TOO is referenced below), Auburn was forced to hold the event. A video of the event is posted in the TOO video corner.


It’s really great that the Alt Right, led by Richard Spencer, will held an event at Auburn, even after getting canceled by the university. Having a public presence is absolutely critical to any political movement that intends to become mainstream. There is a fairly long history of the left shutting down public events by intimidating hotels, as happened several times with American Renaissance and recently with a proposed VDARE.com conference in Yosemite. And recently we have had the Antifa rioting in Berkeley, shutting down the Milo talk, and Antifa violence against Trump supporters in several places, most notably at the Trump inauguration and last weekend in Berkeley.

Too often antifa violence and intimidation have been successful. The forces of intolerance, intellectual conformity and hostility to Whites and their interests have succeeded. A sure sign that the left is in an impenetrable bubble is that we read about “Alt Right thugs” on blogs and Twitter feeds. No violence would have happened apart from antifa attacks. The antifa is all about shutting down free speech, Trump supporters, and the Alt Right “by any means necessary.”

Can anyone explain why this type of force wasn't used against the alt right, Neo Nazi Trump thugs today in #Berkeley? pic.twitter.com/z5rUO9FZmI

And the fact is that, until last weekend in Berkeley, the antifa had been winning consistently. Police typically stood by and did nothing even as antifa were assaulting their victims and burning down stores. When arrests were made, little or nothing has come of it (see Sam Dickson’s “The assault on Richard Spencer: No punishment for crimes against White activists“). They are, indeed, pillars of the establishment. Or perhaps Storm Troopers of the establishment would be a better label.

I vividly remember how the antifa tried, and to a considerable extent, succeeded in intimidating people at the last NPI conference at the Reagan Building in Washington, recounted in Sam Dickson’s “NPI Washington, 2016: Antifa violence, police indifference, and the inevitable media assault“). After running around all afternoon trying to get a restaurant to host us (the scheduled venue canceled under pressure), we finally got a place, albeit under false pretences (there was no other way). Then, realizing that someone in our group was feeding information to the antifa, we met and walked to a subway station without being told where the dinner would be held. So we were already being forced to act like secret agents, furtively and in secret. But as a result of all this subterfuge, we got into the restaurant safely. No antifa in sight.

But of course, it didn’t take long for the antifa to attack. There we were at dinner on Friday night, enjoying ourselves with like-minded people, dressed for conviviality, not violence (men in coats and ties), when suddenly we are told that antifa had stormed the restaurant, fought with restaurant staff and managed to spray Spencer. So we trooped out, dinner unfinished (that dessert looked good, too), down the back stairs, through storage areas, and on to the street, nervously looking to see if the antifa would attack us there.

They didn’t, and the next day, they didn’t get to the venue in time to prevent people from entering. But they massed outside, assaulting cameraman Bryan Christopher Sawyer and spraying Emily Youcis with foul-smelling liquid as she was attempting to interview antifa (see Bryan’s account here). We had a break from the talks for an hour or two in the afternoon, but we were stuck in the building, knowing full well what would happen if we went outside. Intimidation indeed.

The antifa did not succeed in shutting down the event, but the entire weekend sent a clear message that such public meetings were problematic at best. That’s why what happened last weekend in Berkeley is so good. Trump supporters, with many Alt Right in attendance, managed to hold a demonstration and they withstood the antifa violence. Many came dressed appropriately — with helmets, gas masks and even baseball bats, fully anticipating violence. Indeed, the antifa were quite open about their intentions to shut down a demonstration intended to support the president of the United States. One would think that given that Trump won the election, this would be an entirely mainstream point of view and that public demonstrations of support would be at least tolerated. But not in the present polarized climate. Antifa violence was clearly advertised in advance: 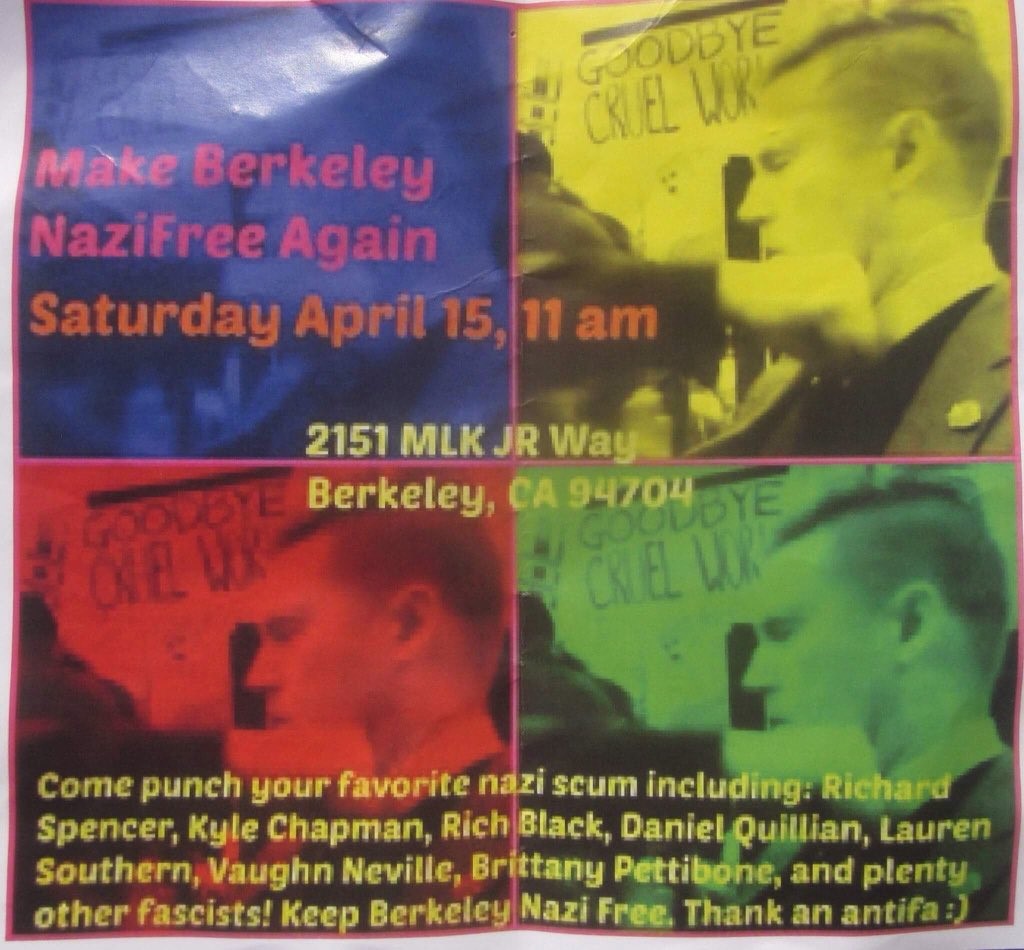 The fact that the Trump/Alt Right supporters held their ground and drove off the antifa is huge. We are finally fighting back, and after what I experienced in Washington, it was deeply gratifying to me personally.

So just by showing up at Auburn and coming prepared for a street fight is already a victory. We have to suppose that the antifa, realizing that their ability to keep the Alt Right out of public places is in danger, will respond with yet larger numbers and more violence. But this is a fight that we must have. Even if the antifa win the street fight this time, they will realize that they will take some casualties too and that we are determined to take up public space “by any means necessary.”

Neither side is likely to back down at this point. The left, whether on the streets or in the universities, is absolutely determined to shut down free speech on race, immigration, and White identity. As we near the tipping point demographically — a tipping point where Whites will be unable to elect a government that supports their interests — the left has redoubled their efforts to keep these issues out of mainstream public discussion. (I think a lot of the frustration at Trump’s victory is that a Clinton win would have put a complete victory in sight — a surge in Democrat immigrant voters and domination of the Supreme Court.) And, until very recently, they have largely succeeded.

We can’t let them win this battle. But given the commitment of the violent, intolerant left, this means that these battles will only escalate in scale and violence. If clubs and pepper spray don’t succeed, the next step is guns. There has already been some bloodshed, but still relatively minor. It’s going to get worse — far worse. It’s only a matter of time.

Weimerica: coming to a place near you.

One thought on “Auburn is Already a Success: We Must Have a Public Presence by Any Means Necessary”