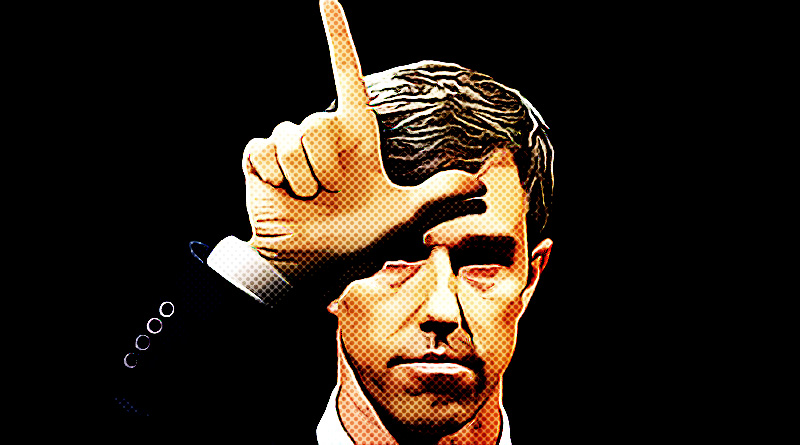 A report by Cam Edwards from Bearing Arms

Beto O’Rourke is still trying (and failing) to explain how he would enforce his mandatory compensated confiscation scheme if owners of the AR-15’s and other semi-automatic firearms he wants to ban don’t hand them over to police in exchange for some cash. Speaking to Joe Scarborough, O’Rourke said Wednesday that non-compliance will result in law enforcement coming to your home to take your guns.

If someone is publicly, flagrantly stating that they refuse to comply with the law, as in Joe's scenario, of course there will be legal consequences. This is how it works with any law. Republicans are usually pretty in favor of that concept. https://t.co/iWagmZxQ7h

If Beto really believed that, then why isn’t he calling for federal enforcement of cannabis laws in states that have legalized it despite a federal prohibition? He’s not, because he believes that federal prohibition to be a bad law (for the record, I do too). But Beto can’t have it both ways.

Speaking of having it both ways, O’Rourke’s campaign can’t seem to decide if it’s going to double down or back away from his “Hell yes we’re taking your AR-15” proclamation from a few weeks ago.

Hitt also tried to tie Beto’s plan back to Australia’s “buyback” of firearms in 1996, but had to engage in an outright lie to do so by claiming that Australia “effectively” ended mass shootings with its confiscation program. That’s simply not true. There was a mass shooting in Darwin, Australia earlier this year, as a matter of fact.

O’Rourke is getting a lot of attention for his comments, but it’s not the kind of attention he needs at the moment. When even Joe Scarborough and Anderson Cooper are questioning the practicality of your proposals, and your campaign’s only answer is “I think people will follow the law if we make it”, you’re not helping your cause.

With any law in this country, there are a few people who may not comply, but the overwhelming majority of Americans do voluntarily comply with our laws, even when they don't like them, and we have every reason to expect that Americans would do the same with a buyback program.

For weeks now, Beto O’Rourke has been asked variations of the question “what will you do if people don’t comply?” and he still has no good answer. He’s talked about fines for those who don’t turn their guns in, but can’t say how much the fine would be. Now he says law enforcement would come to your door if you don’t hand over your gun, but he can’t tell you how law enforcement would even be aware of who owns what guns absent a federal gun registry. He can’t even tell you what law enforcement agencies would be tasked with going to homes and telling people to hand over their firearms.

O’Rourke doesn’t have a serious plan. He has a vision, and it’s time he takes off his rose-colored glasses and views things as they are, not how he wishes them to be.

2 thoughts on “Beto: If You Don’t Hand Them In We’ll Take Your Guns From Your Home”