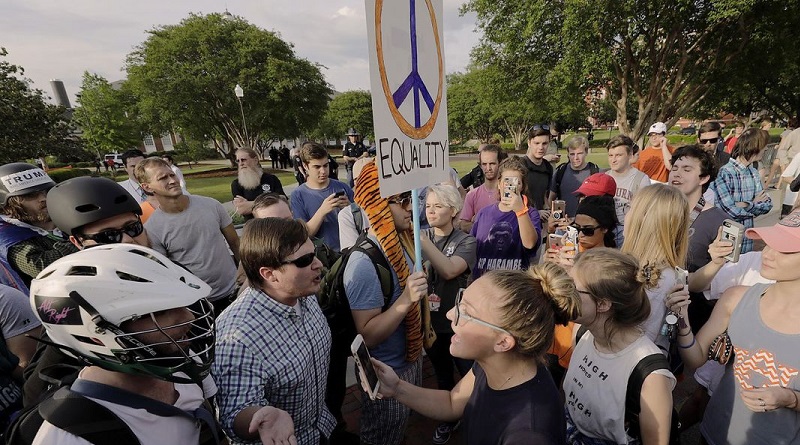 In The New York Times, Ulrich Baer, the Vice Provost of Diversity at New York University, advocates restricting our free speech in order to protect the feelings of snowflakes:

“This exchange, conveyed to me by the Russian literature scholar Victor Erlich some years ago, has stayed with me, and it has taken on renewed significance as the struggles on American campuses to negotiate issues of free speech have intensified — most recently in protests at Auburn University against a visit by the white nationalist Richard Spencer. …

The idea of freedom of speech does not mean a blanket permission to say anything anybody thinks. It means balancing the inherent value of a given view with the obligation to ensure that other members of a given community can participate in discourse as fully recognized members of that community. Free-speech protections — not only but especially in universities, which aim to educate students in how to belong to various communities — should not mean that someone’s humanity, or their right to participate in political speech as political agents, can be freely attacked, demeaned or questioned. …

We should recognize that the current generation of students, roundly ridiculed by an unholy alliance of so-called alt-right demagogues and campus liberals as coddled snowflakes, realized something important about this country before the pundits and professors figured it out. …

Freedom of expression is not an unchanging absolute. When its proponents forget that it requires the vigilant and continuing examination of its parameters, and instead invoke a pure model of free speech that has never existed, the dangers to our democracy are clear and present. …”

The exchange captured in the media and alluded to in The New York Times was about sexual assault on college campuses. The topic was raised by several of the female student protesters.

Naturally, I brought up the case of Lauren Burk who was abducted on the Auburn University campus and who was brutally murdered by Courtney Lockhart in 2008. I repeatedly asked the crowd of snowflakes if they were familiar with that story. None of them had ever heard of Lauren Burk.

The snowflakes wanted to scream at us about “racism” and “sexual assault,” but none of them showed any interest in debating specific incidents of sexual assault on Auburn’s campus. They weren’t familiar with ACJIC statistics on interracial rape in Alabama either. Later in the evening, I brought up the fact that several Auburn University football players had been murdered in recent years and that many others had been suspended from the team for criminal behavior. That was a sore subject too.

Instead of challenging students with uncomfortable facts, some in the media and academica would prefer to strip us of our constitutional rights and banish our voices from public spaces. The ignorance and sensitivity that we saw in Auburn as well as the questions which were raised in the Q&A session was a reminder of just how long a single point of view has prevailed there.

2 thoughts on “NY Times: What ‘Snowflakes’ Get Right About Free Speech”