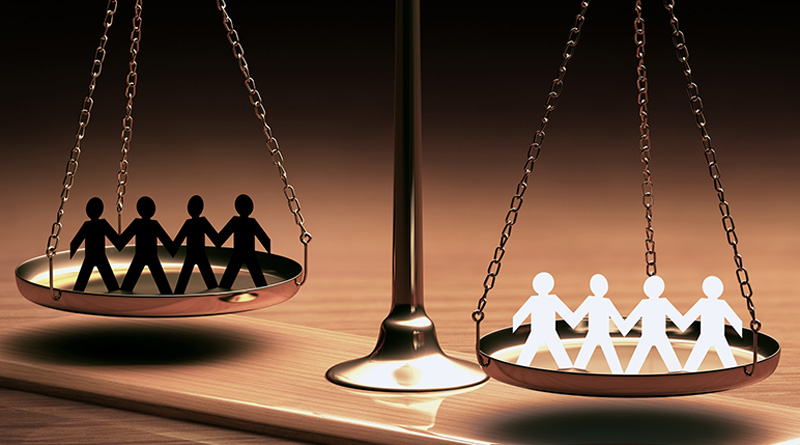 Marxists and race-hustlers claim that whites practice a generalized and systemic “race-discrimination” against blacks in this country, which accounts for the relatively high levels of poverty among blacks.

However, the poverty they attribute to race discrimination is really just the impersonal discrimination of the labor market: That’s because so few blacks have marketable skills, especially those who slept through 12 years of schooling. Professional sports prove this fact.

Blacks who actually possess marketable skills are paid enormous sums of money by the National Football League, the National Basketball Association, and Major League Baseball. Likewise, Tiger Woods has made close to a Billion dollars in the traditionally white enclave of golf. This proves there is no race discrimination experienced by those who actually possess marketable skills, rather than those who merely allege they do.

To argue that there is a generalized race discrimination in the U.S. requires that one believe white Americans are willing to discriminate in every context of employment EXCEPT sports. Why would whites be any more tolerant of blacks in pro sports than any other occupation or livelihood if they are truly committed to discriminating against blacks, as communists and other race-hustlers claim?

The simple fact of the matter is that blacks are not held back by race discrimination: They are held back by their demonstrably lower average I.Q.s, their poor work habits, the ubiquity of their drug use, and their often resentful and surly attitudes. This generalization applies to any profession, even pro sports.

Many employers find it necessary to hire blacks for the “team photo” in order to avoid litigation by state and federal Equal Employment Opportunity Commissions (EEOC). Yet, most find they must inevitably assign whites to perform the many tasks their black employees are often too incompetent to perform, or unwilling to perform.

Race discrimination in 21st Century America may be more rare than unicorns, and even as rare as race-hustlers who are willing to tell the truth about “race discrimination” in America. The “racism” industry is an important source of income and employment to many Marxists and black race-hustlers, and a weapon used by both to attack white and Christian America.

For example, the National Association for the Advancement of Criminal Perpetrators (NAACP), will never concede that any school district should EVER be declared “unitary” by a federal judge: After all, this would end its court-ordered school desegregation litigation. The NAACP will always fight until the last white kid is driven from the system in order to preserve deseg cases as a source of revenue.

That’s because the NAACP is awarded “Legal Fees” by the federal courts every quarter when “damages” are distributed to Plaintiffs. This is an important source of income to the NAACP, and helps to offset the embezzlement many of its “leaders” have routinely engaged in over the years.

2 thoughts on “The Myth of “Race Discrimination””