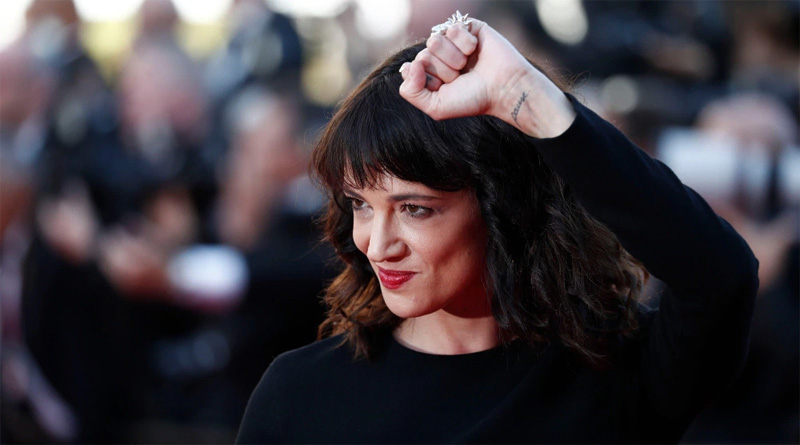 (“Projection” is a term of art used by the psychoanalytic profession to explain the phenomenon of individuals who attribute their own flaws and failings to others…Much like crooked people assuming everyone else is dishonest.)

An Italian actress named Asia Argento — who was one of the first women to accuse Harvey Swinestein of sexual assault – was forced to pay-off an underage actor for her OWN sexual indiscretions with him immediately following her accusations against Swinestein.

According to the NEW YORK TIMES (NYT,) Argento paid $380,000 to an actor named Jimmy Bennett for a sexual encounter that amounted to Statutory Rape in California. The incident occurred in 2013, only a couple of months after Bennett’s 17th birthday when Argento was 37 years old. California’s Age of Consent is 18.

Bennett’s lawyers notified Argento of Bennett’s decision (after four years) to sue in November of 2017, alleging that the experience so traumatized him that it damaged both his mental health and his acting career. The NYT claims to have seen the documents in which lawyers for both parties arranged the pay-off to Bennett.

It should not come as a surprise to most readers that a whorish mercenary siren from Hollywood would “project” her own sexual indiscretions onto others, as Argento did with her allegations against Harvey Swinestein. Her hypocrisy helped initiate the “#Me Too” movement, but hypocrisy is a fashionable vice in Hollywood and everywhere else on the left.

It is also poetic justice that a mercenary and hypocrite like Asia Argento may have finally met her match in Mr. Bennett, because neither of them is very credible. For example, every red-blooded American male reading this commentary is thinking how nice it would have been had some gorgeous Hollywood starlet “taken them by the hand” at that age!

Bennett’s claim that the incident was “traumatic” defies credibility, and would only be true if he were queer. Argento’s hypocrisy is patently obvious. A pox upon both their houses!