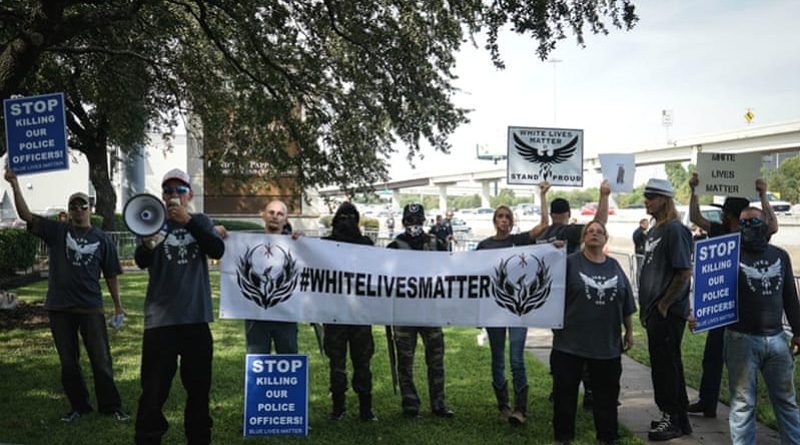 Several listeners to last week’s podcast took exception to my casual dismissing of the idea of racial separation—see “Taking A Knee”—Is Racial Separation The Answer?

I had said that separation is no more feasible now than it was in 1862, when Abraham Lincoln urged it on the freedmen leaders he’d invited to the White House. [Address on Colonization to a Deputation of Negroes, Abraham Lincoln, August 14, 1862]. “We must struggle on forward as best we can, white and black alike,” I concluded.

I think those listeners had been watching American Renaissance Editor Jared Taylor’s recent video titled How to Achieve Racial Separation. Jared makes the case that we can peacefully separate into monoracial regions.

Some samples from Jared’s video, which you can find at AmRen or on their YouTube channel. First sample:

“For blacks, the only way they can be free of the menace of what they believe to be racism and white supremacy is for them to live independently of us, and to take responsibility for their own successes and failures.”

Don’t forget: Hardly anyone predicted the breakup of the Soviet Union, or of Yugoslavia, or Czechoslovakia. And all three countries separated along national and ethnic lines. And people who once had to live together are happier living apart.

Now, Jared has no greater admirer than me. As I have told him myself: If our republic survives, there will be statues to Jared in public squares one day.

There is some black human capital: brilliant, high-minded, public-spirited blacks. They are just too few among their own people. Google “Smart Fraction Theory,” or see What Brought Down Detroit from the transcript of my July 27th, 2013 podcast. For a society to function well, to be stable and prosperous, you need a certain threshold proportion of smart people. If your population’s smart fraction is below that threshold, the society won’t work.

I’ll quote myself here, if you don’t mind; from a VDARE.com column three years ago:

Think of it like this: A man is walking along dragging a sack behind him. If the man is large and the sack small, it’s a nuisance but he can make progress. A small man dragging a large sack is, however, severely encumbered.

White populations of course have members with low scores on behavior, intelligence, and personality, but not so many that the more capable whites can’t “carry” them. Smart and well-socialized blacks, by contrast, are numerically far fewer in proportion to the great sullen lumpen-negretariat they drag behind them.

Kicking The Stone: The Hard Reality of Race Relations, November 6, 2014

Of that fraction of blacks with something on the ball, all but the most saintly and self-sacrificing will decamp to the nearest nonblack area, as you see happening today across the Mediterranean. Jared’s white enclaves are going to need some very serious border control. His proposed multicultural enclave, where people who want diversity can enjoy it, will get way less diverse really fast. It’ll just turn black.

There is simply no stable solution here. Whites don’t need blacks, but blacks need whites, if they are to have any kind of civilized life.

Jared’s second clip is similarly flawed, even setting aside the mayhem that attended the breakup of Yugoslavia. The racial gap in what was formerly Soviet Central Asia is nowhere near the size it is between American blacks and nonblacks.

So, sorry to Jared and those of his followers who emailed in, but on the matter of separation: no sale.

I do, though, fully agree with Jared on the desirability of striking down all legal constraints on private freedom of association. Forced racial integration is an outrageous assault on our liberties.

With freedom of association restored there would, I believe, be enough voluntary separation to lower the racial temperature and ease us forward to the calm acceptance of reality that the race issue so badly needs.

John Derbyshire [email him] writes an incredible amount on all sorts of subjects for all kinds of outlets. (This no longer includes National Review, whose editors had some kind of tantrum and fired him.) He is the author of We Are Doomed: Reclaiming Conservative Pessimism and several other books. He has had two books published by VDARE.com com: FROM THE DISSIDENT RIGHT (also available in Kindle) and FROM THE DISSIDENT RIGHT II: ESSAYS 2013.

One thought on “Racial Separation — Or Freedom of Association?”