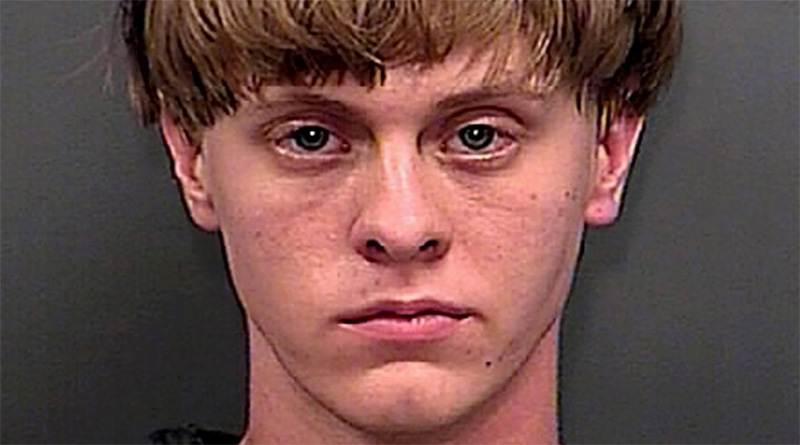 © By Earl Holt III, National President — Now that all phases of the Dylann Roof trial are over, it is appropriate for the Council of Conservative Citizens to comment on the tragic massacre in Charleston in 2015, and the role the Corrupt Leftist Media played in willfully misreporting that tragedy.

Once again, the Corrupt Leftist Media demonstrated that its dishonesty rivals that of PRAVDA or TASS during the Cold War era, by promoting its phony narrative accusing the CofCC of responsibility for Dylann Roof’s horrifically misguided actions.

In his “Manifesto,” Roof credited the CofCC’s website for his knowledge of black-on-white violent crime: Hence, the Corrupt Leftist Media immediately seized on our accurate reportage of such crimes to accuse us of inspiring this sad young man to commit mass murder.

Dylann Roof was certainly INFORMED by our website: The CofCC website is perhaps one of six in the universe that accurately and honestly report incidents of black-on-white violent crime, and in particular, those seemingly endless incidents involving black-on-white murder.

The CofCC’s reportage of these crimes is essential, because the Corrupt Leftist Media either “spike” such stories, or intentionally obscure the race of black offenders in its news accounts. Indeed, at its 2009 National Convention in Indianapolis, the misnamed “Society of Professional Journalists” even adopted this tactic as a FORMAL POLICY!

The CofCC is hardly responsible for this sad young man’s misguided acts merely because he gleaned accurate information from our website. For the Corrupt Leftist Media and other leftists to suggest otherwise is why their efforts are universally recognized as dishonest, biased, and contemptible examples of Soviet-style “disinformation.”

We are no more responsible for the actions of Dylann Roof than actress Jodie Foster was responsible for John Hinckley’s attempted assassination of President Reagan back in 1981. (In his fevered mind – and owing to the poisonous opposition to Mr. Reagan cultivated by the Corrupt leftist Media – John Hinckley assumed he could impress Jodie Foster with what would be perceived as his “heroic” actions.)

In Roof’s own words, it was the bias and dishonesty of the Corrupt leftist Media’s reportage of black-on-white violent crime that inspired his horrendous and misguided actions. Roof was outraged by the disparity between the CofCC’s accurate reportage and what he correctly recognized as the Corrupt Leftist Media’s very different and dishonest treatment of the same news accounts.

The CofCC does not advocate illegal activities of any kind, and never has. In fact, the CofCC has always scrupulously observed the law, even while our Marxist enemies have routinely and flagrantly violated it through massive voter fraud and even death threats and aggravated assaults against us.

The honesty and law-abiding nature of our membership compares favorably with that of ANY group, particularly the pathological liars of the Marxist Left, and their cheerleaders and PR firms within the Corrupt Leftist Media.