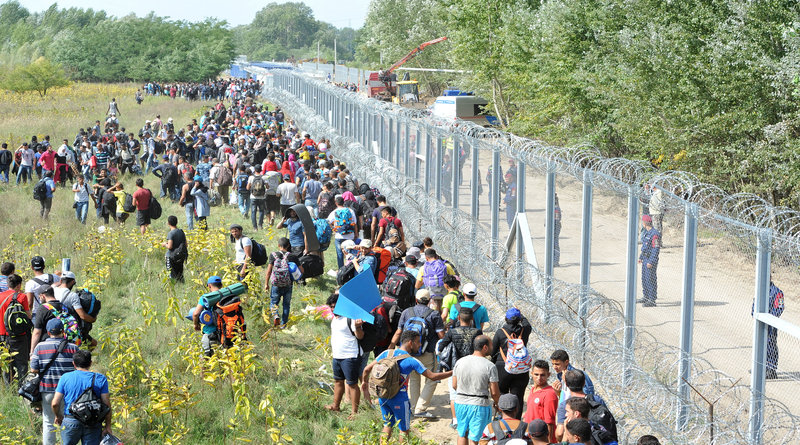 “You see what’s going on throughout the world with immigration. I probably — if not partially — won an election because of immigration,” President Trump said, observing that the issue of mass, uncontrolled migration is inspiring voters in Europe — and the United States — to elect leaders who are tough on border control.

Remarking on the formation of the anti-mass migration Five-Star Movement (M5S) and the League (Lega) coalition in Italy, President Trump said: “If you look at Italy, [Prime Minister] Giuseppe [Conte] won his election on his strong immigration policies.”

The President also observed that Britain voted to leave the European Union (EU) because of uncontrolled immigration.

The EU absorbed more than one million migrants from the Middle East and Africa during the 2015 migrant crisis, and thousands more continue to arrive by sea to Italy, Spain, and Greece, usually travelling onwards to more generous welfare states in North-West Europe.

As a result, countries like Poland, Austria, the Czech Republic, Hungary, and Italy have either elected or re-elected leaders pledging to stop illegal immigration.

This week, Breitbart London reported that under Italy’s new populist coalition government, the country has seen an 80 percent drop in migrant arrivals — with an accompanying fall in the number of migrants drowning at sea.

President Trump was speaking at a press conference on Thursday morning after an emergency session of NATO leaders, where he announced that allies would “substantially” increase their commitments, much faster than previously planned.

On Wednesday, President Trump had excoriated Germany for coming to the United States for defence, while simultaneously paying billions of dollars to the Russian Federation for energy, and pressed other alliance members to increase their spending from two percent to four percent.