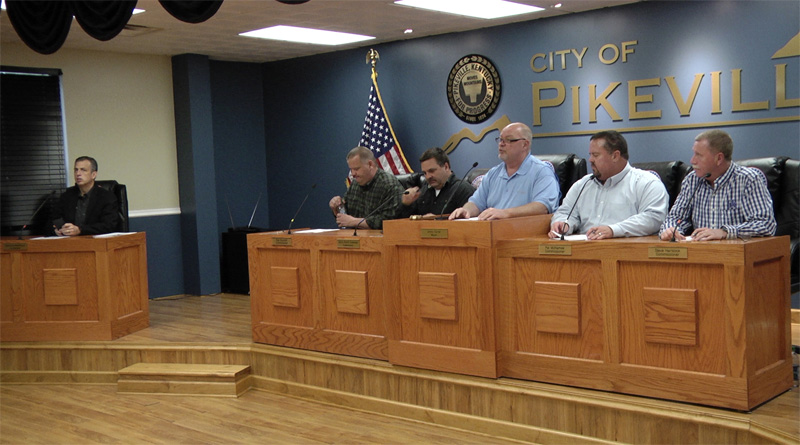 An emergency ordinance was passed this evening at the Pikeville City Commission meeting to ensure public welfare and safety during this weekend’s Traditionalist Worker Party rally set to be held in downtown Pikeville.

“Because of the rally and because of a lot of social media wording, reports and rumors out there and also there are now counter protest groups that are coming in looking at the possibility of inciting a riot or violence and to disguise their identity. So for the benefit of public welfare and safety the Commission elected to pass a model ordinance tonight that would prohibit somebody from wearing a mask or a hood in downtown or in the city of Pikeville within certain boundaries.”