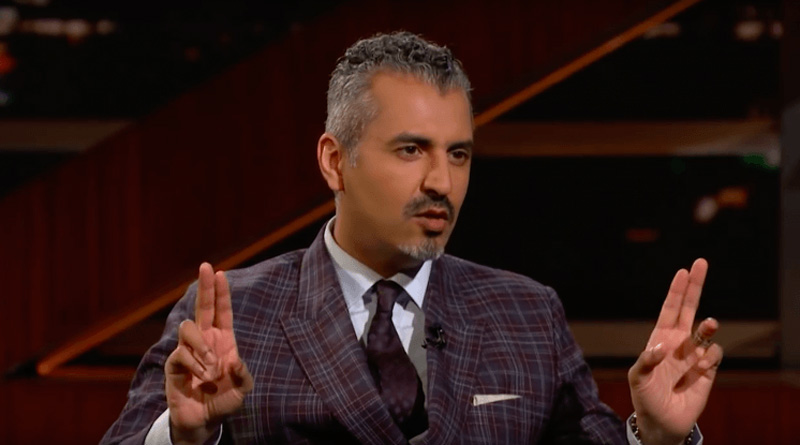 The Southern Poverty Law Center (SPLC) has long listed Christian organizations and activists for reform in the Muslim world along with racists like the Ku Klux Klan. The SPLC’s “hate group” lists and “hate map” have unfairly targeted mainstream conservatives, and even some liberals. Now, some of the groups slandered by this organization have begun to fight back — and it’s not just Christian groups like D. James Kennedy Ministries and Liberty Counsel.

“The SPLC, who made their money suing the KKK, were set up to defend people like me, but now they’ve become the monster that they claimed they wanted to defeat,” Maajid Nawaz, a British politician and founder of the anti-Islamist organization the Quilliam foundation, declared in a video announcing his lawsuit against the SPLC for defamation.

“They have named me, alongside Ayaan Hirsi Ali, on a list of ‘Anti-Muslim Extremists,'” Nawaz said. “I am suing the SPLC for defamation and I need your help to win.”

The Quilliam founder announced his lawsuit in late July. He admitted that “suing the SPLC will be very expensive,” adding, “I can’t fund it on my own.” Therefore, he launched a crowdfunding campaign to raise enough money to carry out the lawsuit.

Following the white nationalist riots in Charlottesville, the SPLC — which already had a massive fundraising operation — picked up more supporters and publicity. George Clooney and his wife Amal pledged $1 million to the group, as did the company J.P. Morgan.

Apple CEO Tim Cook was even more generous. Cook announced his company would give $1 million to the SPLC, that it would match any donations from employees at a two-to-one rate by September 30, and that Apple would set up a system in iTunes software to let consumers directly donate to the organization.

But the SPLC does not deserve this widespread trust, support, and publicity. The organization is a “cash-collecting machine” that spreads libels against religious organizations and has been connected to two domestic terror attacks.

The “hate” list features Christian organizations like the Family Research Council (FRC), Liberty Counsel, the American Family Association (AFA), and Alliance Defending Freedom (ADF), along with other groups like the American College of Pediatricians and the Center for Immigration Studies.

The group also attacked Ayaan Hirsi Ali, a woman’s rights activist who has focused on the treatment of women in the Islamic world. Ali has received many death threats, one of which came after the murder of Theo van Gogh, a Dutch filmmaker she worked with.

Rod Dremer, Israel’s ambassador to the U.S., called Ali “one of the world’s greatest champions of freedom, pluralism, and tolerance.” Chillingly, he added, “Yet in an Orwellian version of reality, a woman whose life is threatened every day by extremist Muslims is labeled by the SPLC an anti-Muslim extremist.”

In the video announcing his lawsuit, Nawaz declared that “placing my name on a list like this not only smears my name, but also puts me in physical danger.” He noted that “the Left has descended into violence, whether that’s punching people on the street, throwing explosives and attacking people in protests and riots or assassination attempts on Right-wing politicians by leftist fans of the SPLC.”

In this statement, the Muslim reformer highlighted the connection between the SPLC and James Hodgkinson, the Bernie Sanders supporter who shot Rep. Steve Scalise (R-La.) earlier this summer. Hodgkinson “liked” the SPLC on Facebook. The group had repeatedly tarred Scalise for a speech he gave to a white supremacist group, even after Scalise apologized (and was called a “sellout” by former KKK leader David Duke).

But the SPLC had a much more direct connection to another domestic terrorism case — this time in Washington, D.C. in 2012.

That summer, Floyd Lee Corkins III broke into the Family Research Council (FRC), aiming to kill everyone in the building. In February 2013, Corkins pled guilty to committing an act of terrorism and was sentenced to 25 years in prison. During an FBI interrogation, the shooter said he targeted FRC because it was listed as an “anti-gay group” on the SPLC website.

From the murder of Theo van Gogh, to the Scalise shooting, to the terror committed against the FRC, it is no hyperbole for Nawaz to say that the SPLC’s list is putting his very life in danger.

So why does this “hate”-peddling group consider Nawaz an “anti-Muslim extremist”? In a series of YouTube videos published this month, Quilliam presented damning evidence of the SPLC using extremely tenuous arguments against Nawaz, only to later remove these from the website.

In the first video, Quilliam showed an image of the SPLC website claiming that Nawaz called for “an outright ban on the niqab,” or veil. This attack was deceptive, because while the Muslim reformer did suggest veils might need to be removed in some public places, he also clearly declared, “I do not believe in a blanket ban on the niqab.”

The Quilliam video also showed Nawaz explicitly denouncing the proposed niqab ban, sponsored by the U.K. Independence Party (UKIP). The video ended by noting, “This has since been hidden from their website, and it appears that the SPLC are reverse engineering their justification to keep Maajid Nawaz on their list.”

A second Quilliam video debunked another reason the SPLC listed Nawaz on its extremist list. The group “justified listing him because he visited a strip club for his bachelor party” — an action that does not in any way suggest the man is an “anti-Muslim extremist.”

“The SPLC here are acting like religious police, questioning what a Muslim was ‘allowed’ to do,” the video noted. “Significantly, the pro-Islamist Muslim owner of the strip club who leaked the story to the press said on Facebook prior to the leak that he wanted to punish Maajid for being an atheist. These are the kinds of sources that the SPLC value.” That is, until this specious argument was also unceremoniously removed from the website.

A third video from Quilliam pointed out that “new reasons have been added” to the SPLC website since the original claim. In one section, Nawaz was “listed for someone else’s words concerning spying on Muslims whilst the original alleged offender is not even listed!” Not only did Nawaz condemn the proposed spying at the time, but the SPLC also directly quoted his opposition to it.

The video went on to contrast Nawad’s own words with the charges of the SPLC’s Intelligence Project director, Heidi Beirich. It seemed that Beirich had no idea whom she was speaking about.

Brushing aside these ever-shifting reasons, it seems the SPLC’s motivation for targeting Nawaz might be his powerful denunciations of Islamist extremism.

In an interview with Bill Maher in late June, Nawaz explained what he called “the Voldemort effect.” The Muslim reformer said, “The people of Harry Potter world are so petrified of this enemy that they are unable to name him, and so for the duration of these six books, they refer to him as ‘He Who Must Not Be Named.'”

“I used that, the Voldemort effect, to speak to our inability to name and shame and isolate Islamist extremism from the mainstream Muslim community,” Nawaz said. He emphasized the difference between the religion of Islam and the power-hungry ideology of Islamism, noting his own past in an Islamist movement.

The reformer confessed that in his teenage years and into his early twenties, he joined an organization dedicated to “proselytizing for a global caliphate.” In this group, he recalled, “We didn’t preach violence, though we did lay the ideological foundations for what has now become known as a caliphate.”

The Islamic State (ISIS) seeks to establish a global Muslim kingdom across the whole world, and it is an expression of this Islamist ideology. Nawaz has dedicated his life to opposing this version of political Islam, and the SPLC is attacking him for speaking the truth.

This reformer tackled head-on the problem that the Quran talks about husbands beating their wives, and declared that true reform “begins by acknowledging the problem exists.”

The reformer attacked the SPLC’s hypocrisy: “They arrogate to themselves the right to speak out against their own Bible belt, but don’t want me to criticize our Quran belt within my own community?”

“I’ve memorized half of the Quran, I am a Muslim, I am born and raised a Muslim, I learned classical Arabic, I’ve spent time in prison,” he declared.

Chillingly, he concluded by emphasizing the horrendous effects of “hate” lists like those put out by the SPLC. “You know who else lists heretics? The jihadists.”

“We know what happens when you list heretics among Muslims in this way: They end up dead,” Nawaz declared. The chilling stories of Theo van Gogh, Steve Scalise, and the FRC shooting suggest this is not hyperbole, but a statement of fact.

The SPLC should be ashamed of itself for inspiring such violence on specious grounds. CNN, Apple, J.P. Morgan, and George Clooney should all be ashamed of themselves. Any American who can should find the ability to contribute to Maajid Nawaz’s crowdfunding effort, and help combat the spread of Left-wing hate spewing from the SPLC.