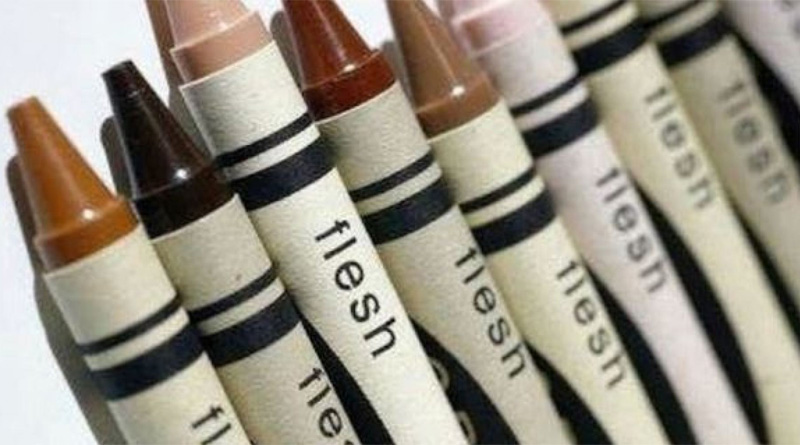 by Andrew Syrios via The Mises Institute,

The Left has become increasingly and often bizarrely obsessed with all manners of supposed privilege these days. Buzzfeed even put out a quiz on how much privilege you have. All of these various privileges work to form a simple Marxist-like dichotomy between the oppressed and the oppressor. So for whites, men, heterosexuals, Christians, cisgendered, able-bodied and attractive people are all at least privileged if not part of an oppressor class. On the other hand, people of color, women, homosexuals, the disabled, Muslims and people of other faiths, transgendered, overweight people and presumably otherkins, headmates, and whatever other buzzwords the self-diagnosed crowd has come up with, are oppressed.

It’s hard to imagine a more effective way to increase division in society than by splitting everyone into different groups that are either good or bad, privileged or oppressed. And this division is then inevitably followed up by demanding a government solution to these inequities. One of the most obviously glaring omissions is that what made up the bulk of Marxist theory, namely the rich versus poor, hardly gets mentioned.

Indeed, one of the first things that came to mind with the recent proposals in South Africa to expropriate the land of white farmers without compensation is that no such proposals were being made for expropriating the land or assets of wealthy corporations. Perhaps that’s because wealth corporations can better defend themselves (or flee). Or perhaps it’s because class is far more fluid than things such as race. (Unless of course, you’re Rachel Dolezal).

One of the most remarkable failures of Marxist theory (of which there were many) was that Marx believed the revolutions would begin in the most advanced capitalist countries . This would imply a revolution was most likely to spring up in a country like Germany, the United States, Britain or France. Instead, the communists took over in far more backward countries that were still either partly or almost totally feudal, such as Russia and China.

In hindsight, this should have been obvious. Feudalism creates a strict hierarchal and static society where class is effectively something you are born into. Indeed, it is interesting to ponder whether it was the religious justification of the caste system that prevented a communist revolution from taking place in India. When class is something you cannot change, class warfare becomes a more appealing alternative. And while capitalism is a spectacularly more effective way to organize a society than communism, even the most ardent supporters of a free market will admit it takes time for class restrictions to fade and for a country to become wealthy after transitioning from a feudal or semi-feudal economy into a capitalist one.

For peasants who have lived under feudal lords and the like for ages, the false promises of communism were understandably more appealing.

However, even with all the government favors and restrictions hampering the economy, there is still upward mobility in capitalist nations. One study in the United States, for example, found that only five percent of those in the bottom quintile of income in 1975 remained there in 1991. And when age is taken into account, income and wealth disparities look far less stark . Despite terrible incentives from the welfare state, most of the poor don’t stay poor. And almost everyone at least has dreams and aspirations of moving up the ladder. In capitalist nations, class is not something you are stuck with.

In Occupy Wallstreet’s wake came the most deranged form of identity politics one could possibly imagine. And by focusing on immutable qualities (or qualities presumed to be immutable), the Left has fixed the pesky problem that class mobility created for their dreams of an ever-bigger state apparatus.

As noted above, modern day social justice warriors divvy everyone up according to various immutable or semi-immutable characteristics. You are either privileged and need to repent (give away your money, job, etc.) or oppressed and are owed something. Many of their arguments are simply ridiculous. For example, gender is a social construct but being fat is genetic. Others mute complex issues into simplistic dichotomies. Two of the most obvious are religion and gender.

In 2016, the Center for Studies on New Religions found that Christianity was the most persecuted religion in the world with 90,000 being killed for their religion. While Christianity is also the largest faith, this doesn’t exactly ring of privilege. And while it’s true, that being a Christian is probably a privilege of sorts in rural Montana, it’s not going to grant you much in Midtown Manhattan, Silicon Valley or Hollywood. Christianity seems to be the one religion you can make fun of these days. After all, a painting of Christ in urine is called “art” and sponsored by the National Endowment of the Arts (your tax dollars at work!) while a guy in Britain is imprisoned (and later died) for putting a bacon sandwich outside a Mosque.

With gender, at least in the West, it would seem rather obvious that there are advantages and disadvantages both genders have. Even if you assume the genders are biologically the same and all differences are a social construct (while there are also 57 different biological genders), the results would not imply privilege.

Yes, men make up 95 percent of Nobel prize winners, 95 percent of Fortune 500 CEO’s and 68 percent of STEM majors. But men also make up 93 percent of the incarcerated, just shy of 80 percent of suicides and 70 percent of the homeless. Feminists could push back and say that men get arrested more because they commit more crimes (that presumably the patriarchy made them do). But how does a man become a Fortune 500 CEO? Does it not require a lot of hard work and intelligence? And is anyone going to seriously claim that men are privileged when it comes to the divorce courts?

Feminists may challenge that men are in charge so any advantages to women are just “benevolent sexism.” But this retort would only be coherent if men and women were two collective beings. Each man and woman is, of course, just an individual and even though most of those in charge are men, the average man has as much ability to change the world as the average woman; close to zero. Every advantage and disadvantage men have is just the hand men were dealt.

Some of the same things could be said about whites, especially when whites can be discriminated against with affirmative action. And then there’s always that pesky question as to why Asian Americans earn more than whites if they’re, you know, being oppressed and all. Or perhaps Asian Americans are privileged too as they are now discriminated against by affirmative action as well.

Of course, this whole mess becomes even more complex when you realize you can be both an oppressor and oppressed at the same time. A white woman is privileged by her race and oppressed by her gender. This forms the “Kyriarchy” (yes, that’s a real term) of intersectionality where all these oppressions and privileges meet in one giant wheel of humanities majors pretending they are actual scientists who have come up with something that isn’t really, really stupid.

Indeed, the complexities and utter irrationality of intersectionalism is pretty easy to show. Do I, as a white man, stay privileged if I move to Japan or am I now an oppressed minority? Are the Japanese in Japan who oppose immigration “Japanese supremacists?”

While there have obviously been many major crimes committed by the West (or more accurately, Western governments), the West is by no means unique in these crimes nor immune to them. As someone with Greek ancestry, I could point to the Greek Genocide committed by the Ottoman Turks during the First World War (better known as the Armenian genocide, as approximately 1.5 million Armenians were killed along with 600,000 Greeks). I could demand redress from the “Turkish supremacists” as well as the return of Constantinople, of course. Or did my Greek ancestors have “white privilege” while they were being exterminated?

One example probably best highlights the absurdities of intersectionalism better than any other. In 2014, it came out that in Britain, in the town of Rotherham, mostly Pakistani gangs had groomed and raped over 1,400 girls over the course of almost 20 years. The police had known about these crimes but had ignored them. To say this was a national scandal (and proof of massive government incompetence) is a huge understatement.

In 2016, the very white and very male Brock Turner, a Stanford student with a scholarship for swimming, sexually assaulted a classmate and was given a lenient sentence. While this was a terrible crime, in a country with 325 million people, it would seem to be, at best, a local story.

Instead, it blew up into a national flash point against the dreaded and evil patriarchy. Feminists wrote story after story about it. Rotherham on the other hand… not so much. Here are the search results for the feminist site Feministing.com:

For Jezebel.com, the count was:

Intersectionality sure is complicated.

The only interpretation one can come to is that there is no attempt whatsoever to be consistent or even coherent. It’s simply about divvying people up into groups to demand the state take from another to give to you. It is Bastiat’s second option; “everyone plunders everyone.” But with a twist; first you must pick a team before you begin the attempts at plunder.

In essence, privilegenomics doesn’t even attempt to come up with an economic rationale for redistribution and bigger government. It’s just mere tribalism and a demand to take other’s stuff for historical grievances, some real and some imagined, but almost all done to and by people who have long since passed away.

It shouldn’t be hard to see why this nonsense has acted as a sort of rocket fuel for the Alt-Right. Some people can only be told how privileged and awful they are for so long before deciding to identify with a collective themselves that wants to grow the state for their own benefit. But the Alt Right is clearly a reaction to the Left’s madness. Discrediting the former should diminish if not eliminate the latter.

Regardless, it is now more important than ever for individualism to win out.