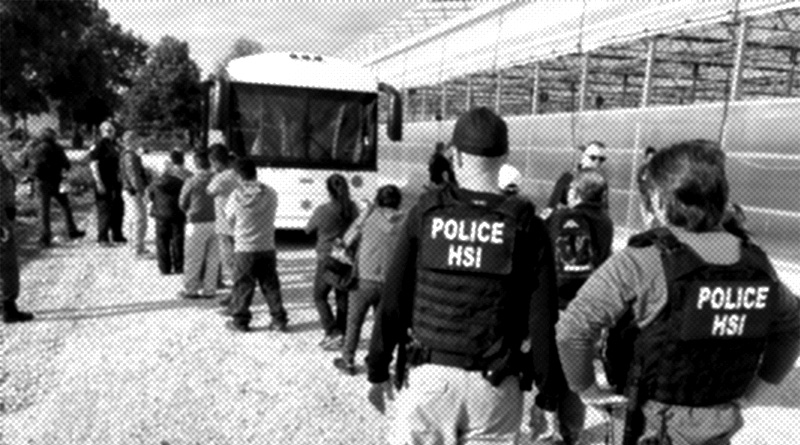 Some illegal aliens arrested by the Immigration and Customs Enforcement (ICE) agency last month in raids at five food processing plants worked illegally under stolen identities for more than 10 years, a lawsuit claims.

Last month, ICE agents conducted the largest workplace raid in more than a decade across five food processing plants in Mississippi, netting the arrests of 680 illegal aliens. That same day, though, ICE officials said they released about 300 of the illegal workers back into the U.S. on “humanitarian grounds” while more than 200 of the illegal workers had prior criminal records.

A lawsuit filed by Koch Foods Inc., one of the food processing plants raided by ICE, alleges that a number of illegal aliens who worked at the company had been doing so since at least a decade under stolen identities of American citizens.

In one case of alleged identity theft, the lawsuit notes that an illegal alien woman from Guatemala had sought a job at Koch Foods after being released by the Department of Homeland Security (DHS) into the interior of the U.S. through the Alternatives to Detention (ATD) program. When she was not hired the first time around, the woman returned three weeks later with a stolen identity from an American citizen who lives in Texas and was given a job, the lawsuit claims.

Another case detailed in the lawsuit claims that an illegal alien woman obtained her job at Koch Foods by providing a fake ID and stolen Social Security number and thus cleared through the company’s E-Verify system — which is designed to ban employers from hiring illegal aliens over American citizens and legal immigrants.

The lawsuit alleges that since 2007, every employee has been put through a rigorous screening process which has included filling out an I-9 form, having their identity examined, and being put through the E-Verify system. Koch Foods claim indicates that every illegal alien hired by the company after 2007 used a stolen identity from an American citizen to obtain employment.