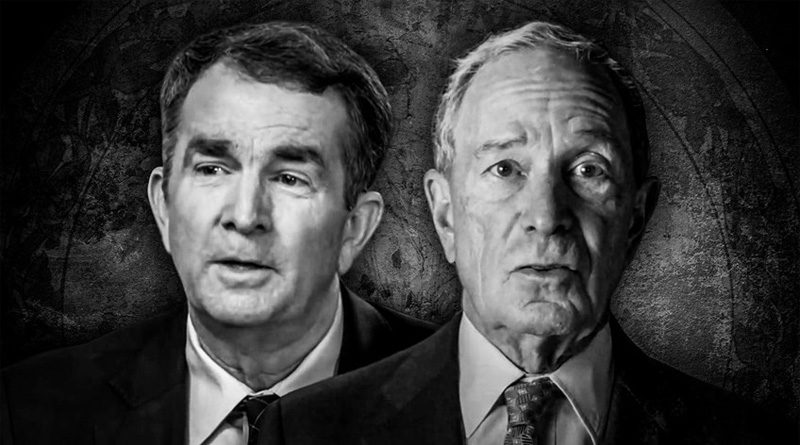 Virginia Democrats are threatening to send the National Guard in to prosecute Second Amendment sanctuary counties who are preemptively refusing to enforce future gun control laws, according to reports.

75 Virginian counties have declared themselves Second Amendment sanctuaries in anticipation of coming gun control laws in the Democrat-controlled state.

Virginia’s Democratic lawmakers have threatened law enforcement officials in those counties with potential prosecution should they refuse to comply with their anti-gun measures.Similar to liberal illegal immigration sanctuary cities, law enforcement officials in Second Amendment sanctuary counties would refuse to prosecute people for violations of laws they don’t agree with.

“…As Virginia gun owners have shown their displeasure with Virginia Gov. Ralph Northam’s proposed attack on their rights in city and county meetings across the Old Dominion, Northam has been forced to answer questions about he and gun control financier Michael Bloomberg’s gun ban agenda. In doing so, the governor has proclaimed that he supports the Second Amendment and that his gun ban does not violate the U.S. Constitution. In truth, Northam’s proposed gun ban would violate the Second Amendment as interpreted by the U.S. Supreme Court in District of Columbia v. Heller and McDonald v. Chicago.…NRA-ILA

“I would hope they either resign in good conscience because they cannot uphold the law which they are sworn to uphold, or they’re prosecuted for failure to fulfill their oath,” Connolly said.

“The law is the law,” Connolly continues.

“If that becomes the law, you don’t have a choice, not if you’re a sworn officer of the law.

“They certainly risk funding, because if the sheriff’s department is not going to enforce the law, they’re going to lose money,” Virginia Democratic U.S. Rep. Donald McEachin said.

“The counties’ attorneys offices are not going to have the money to prosecute because their prosecutions are going to go down.”And ultimately, I’m not the governor, but the governor may have to nationalize the National Guard to enforce the law. “That’s his call because I don’t know how serious these counties are and how severe the violations of law will be.

“But that’s obviously an option he has.

“Virginia Gov. Northam (D) seemed to contradict himself on the issue, saying there wouldn’t be retaliation for sanctuary counties, but there would be consequences.

“There’s not going to be retaliation. That’s not what I’m about. I’m about making Virginia safer,” Northam said.”If we have constitutional laws on the books and law enforcement officers are not enforcing those laws on the books, then there are going to be consequences, but I’ll cross that bridge if and when we get to it.”