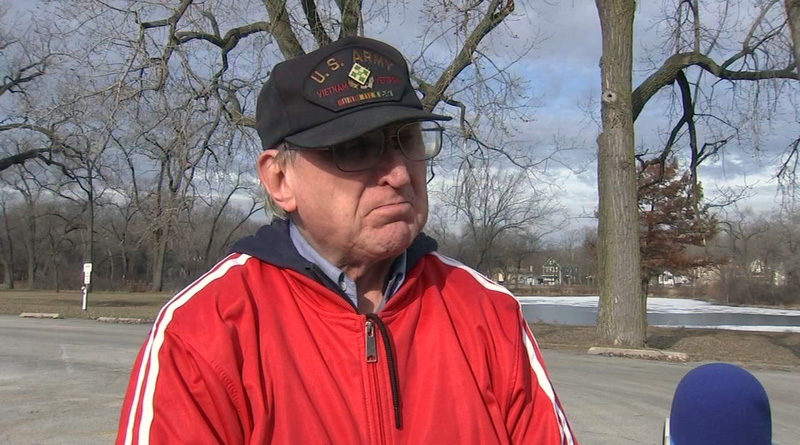 The Art Jones for Congress campaign team will be standing across the street from Dan Lipinski’s 95th St. office on the public sidewalk in front of the 95th St. Shoppes.

VIDEOS of Israel Church Burnings and INFO, that make up the WAKE-UP-NOW campaign can be found at the website WWW.ARTJONESTHEREBEL.COM on the front page and by clicking on the WAKE-UP-NOW button.

We’ll be kriss crossing the IL. 3rd Congressional District over the final weeks leading up to the Illinois primary election day on March 17, 2020 informing the voters of the IL. 3rd. district about the current and past ANTI-CHRISTIAN atmosphere in Israel and the FACT that Congressman Dan Lipinski, a loyal Israel supporter and recipient of Israel lobby AIPAC campaign contributions, has never mentioned nor repudiated the anti-Christian atmosphere and acts of arson and vandalism in Israel against the dwindling Christian minority and its religious institutions by extremist Israeli KKK organizations over the last 11 years.

The desired result of the Art Jones for Congress 2020 WAKE-UP-NOW campaign is to educate Independent and Democrat Christian and non-Christian voters on the situation in Israel and the non-action of Rep. Dan Lipinski in order to attain their votes in the March 17, 2020 OPEN PRIMARY SYSTEM which allows every voter to vote for Art Jones by simply asking for a Republican ballot. Voters will also be reminded of that IL. primary rule.

I hope to see you on Saturday, February 1st at 11 PM in Oak Lawn. Here is a copy of our official press release on our campaign site:

Today we announce the final phase of our campaign to be the Republican nominee for Congress in the IL. 3rd. Congressional District. We have entitled this final phase, the “WAKE-UP-NOW” campaign. That is, “WAKE-UP-NOW” on Israel campaign. We have concluded that a high % of the voters of the 3rd. IL. Congressional District have NO CLUE on what transpires in the State of Israel where billions of their Ttx $$$’s are transferred to by our pro-Israel US Congress under the control of the Jewish lobby group entitled AIPAC, (America Israel Public Affairs Committee). Although the IL. 3rd Congressional District has a large Islamic population living within it, the vast majority of the district is still Christian.

Christian churches and especially Catholic religious institutions are everywhere in the district and are still heavily attended all week long and not just on Sundays. We feel that the the vast majority of these church goers are either ignorant of what transpires in the State of Israel or hold misconceptions of it and the behavior that takes place within it. Although a religious issue to many, Israel is a political issue to all Christians due to this nation’s extensive funding over the years to the Jewish State which comes out of their tax $$$’s they pay into the sytem every year. What we feel most Christians don’t realize is that Israel is NO FRIEND of theirs and is an extremely ANTI-CHRIST nation that is openly hostile to Christians and their religious institutions.

In the up and coming weeks up to election day, 3/17/2020, we plan on kriss crossing the entire IL. 3rd Congressional district with LARGE SIGNS explaining the ANTI-CHRISTIAN ATMOSPHERE within the Jewish State in the last 11 years on some of the busiest roads and thoroughfares within the district. We also plan on informing the voters of the IL. 3rd. Congressional district, who pass us by in their cars and trucks, of the Israel voting record of our current Congressman, Rep. Dan Lipinski, who himself is an ardent Christian/Catholic but has for some reason has systematically ignored the excessive anti-Christian atmosphere in Israel and has continued to accept funding from the Jewish/Israel lobby in return for voting for Israel funding and other Israel related legislative matters in the US House of Representatives.

Looking forward to seeing you on the streets of the 3rd. Congressional District over the coming weeks and in addition to our oversized signage, we will be handing out campaign literature and CD’s with videos on them exposing the dire situation in the State of Israel in regards to what’s left of its Christian community. By all means, please pull over if it’s safe, for our literature and CD’s.

DONATE to my Campaign or Volunteer!