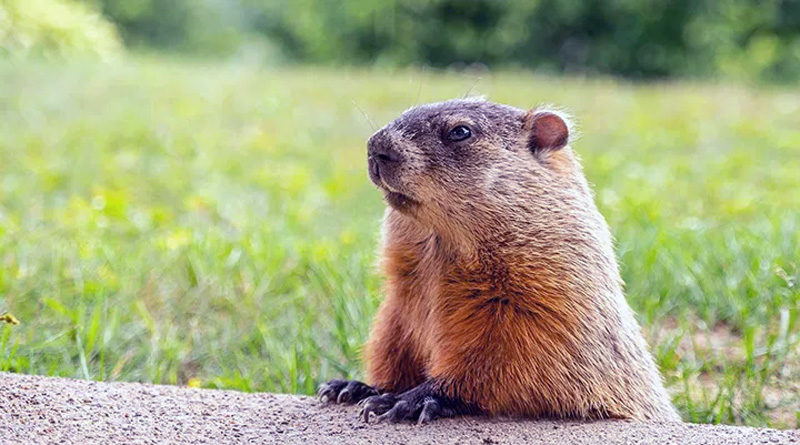 Like the film “Groundhog Day,” each year a Jewess named Rachel Bronson holds a media event by standing in front of a pantomime Doomsday Clock to declare that the Earth is in imminent danger of destruction from “global warming.” If she’s correct, we’re only 100 seconds away from disaster!

Curiously, Bronson has a degree in Political Science, a field about as “scientific” as astrology or those idiots who search for “Bigfoot” on cable TV. Yet, these annual pronouncements are dutifully reported by the Corrupt Leftist Media, especially since her organization sponsors an open bar.

Bronson and her group co-opted an organization originally founded by real scientists – the Bulletin of Atomic Scientists – most of whose founders actually were scientists, albeit naïve leftists: Their original purpose was to warn of what they perceived as the threat of thermonuclear war.

Ironically, even these real scientists vilified President Ronald Reagan’s wildly successful strategy of “Peace Through Strength,” which won the “Cold War” with nary a shot being fired.

In fact, despite their opposition, Reagan was so successful at ending the threat of nuclear war that the Bulletin of Atomic Scientists found itself with a lot of unanticipated free time, allowing it to refocus its concerns on the subject of “climate change.”

The organization is also worked-up over “artificial intelligence,” the Space Force recently launched by President Trump, and President Trump, himself. They are particularly distraught over that last item.

With her degree in Political Science, Bronson is the group’s CEO: Thus, to bolster its perception as a “scientific” organization, former California Governor Jerry Brown was brought in as its Board Chairman. None of its staff appear to be “scientists” either, since most seem to be leftist PR flacks.

With the leadership of such stalwart men and women of science as Rachel Bronson and Jerry Brown, their organization preaches that “political antagonism toward science and a growing sense of government-sanctioned disdain for expert opinion” is moving the world ever closer to disaster.

Regarding their concern about a “disdain for expert opinion,” I’ll start listening to her group when they seriously address the subject of all those phony “climate change” studies, where the data was later revealed to be “fudged” or fabricated.