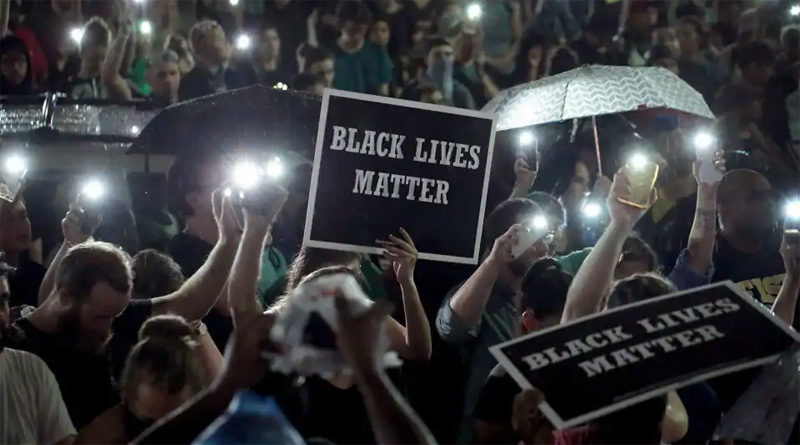 The US government’s war on political dissent is being guided by private left-wing and Zionist organizations, National Justice can report.

An internal document regarding the Pentagon’s “Countering Extremism Working Group” (CEWG) from last April names the individuals and groups that are slated for membership in a subcommittee that specializes in setting targets for the Defense Department, Department of Homeland Security and Department of Justice’s war on conservative and nationalist leaning Americans.

Government officials tend to keep details of their collaboration with “private partners” secret out of fear of the public knowing the prejudices and biases informing policy. Some names that stand out are Mark Pitcavage of the Anti-Defamation League, former Southern Poverty Law Center agent Heidi Beirich, Lecia Brooks and Susan Corke, also of the SPLC, and various figures representing the American Civil Liberties Union and the FBI Agents Association.

These lobbyists and political activists are being hired by the government as “partners” on “counter extremism and counter terrorism to better understand the scope of the problem.”

In other words, they will have a say in which Americans have rights and which Americans are “domestic extremists” subject to the full force of the US intelligence apparatus.

The definition of “extremism” used by the ADL and the SPLC would be considered extreme in and of themselves by most Americans.

For example, the ADL considers Fox News’ Tucker Carlson to be a domestic extremist. Recently the same group declared calling attention to Israel’s human rights abuses is also “extremism.” By deferring to the ADL’s guidance on these matters, the US government is criminalizing the opinions of millions of Americans.

Other figures such as Leicia Brooks and Heidi Beirich are alleged to be involved in extremism and criminal activity themselves. Early last year, Lecia Brooks helped lead an illegal armed communist march through the streets of a small town in Stone Mountain, Georgia.

As for Beirich, she is accused in federal court of paying a man to rob a computer and then using the stolen contents to defame a man on the SPLC’s website.

The SPLC currently employs multiple open supporters of Antifa, including Michael Edison Hayden, who has previously threatened people with sending his Antifa contacts to people’s houses. The SPLC’s “hate map” is not only a fraud, it is notoriously hyper-partisan.

The ACLU’s inclusion in the CEWG subcommittee appears to be a hedge against complaints that the FBI and DHS targets Muslims. While American intelligence agencies have indeed violated the rights of Muslims, the ACLU has shown in recent years that it is not interested in defending the civil liberties of those dubbed “white nationalists” or right-leaning individuals in general.

Josh Zive, head of the FBI Agents Association, is also part of the group. The off-the-rails FBI has been demanding Congress pass a “domestic terrorism law” so that they can be free to prosecute Americans for their political beliefs even when they aren’t committing any real crimes. Looking at the zeal that FBI agents have pursued Trump supporters who trespassed at the Capitol compared to the deadly anarchist violence that terrorized multiple cities last year offers a hint as to who they want to shut down.

Nobody has been killed by so-called “Racially Motivated Violent Extremists” in 2020 or 2021, the main target of the supposed “domestic terrorism” crackdown. This has not stopped the Department of Homeland Security from crying wolf about supposed “white supremacists” waiting to strike as COVID restrictions are eased.

According to the DHS’ terrorism advisory this week, Russia, China and Iran are responsible for the rash of black attacks on people of Asian descent, as well as complaints that the DHS cannot point to any specific imminent “white supremacist” threat because the mysterious and unknown actors are using encrypted apps to plot their attacks. This nonsense amounts to political theater, showing a fundamental lack of seriousness coming from Washington.

While the FBI, DHS and Defense Department have discredited themselves domestically and globally, their desperation should not be ignored. If the ADL and SPLC get to decide what constitutes “domestic extremism,” the new post-legal era of rampant government abuse is only getting started.