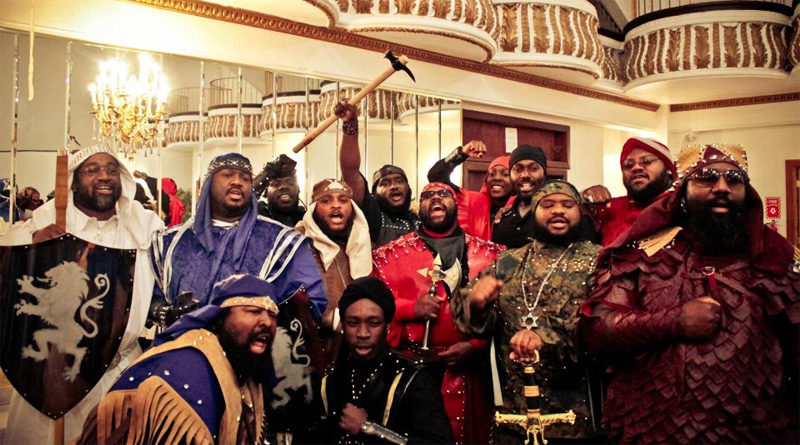 Readers may be wondering why there was such a long delay in getting any physical description of the violent shooters whose December 10th rampage left Jersey City, New Jersey reeling after they murdered a police officer and five other innocent victims.

Here’s the answer: It was because the perps were nigros from the Black Hebrew Israelites, a group routinely praised in “puff pieces” by the Jews’ Media, including the Washington Post, New York Times, and the scum at the Southern Prevarication Lie Center (SPLC.)

Referred to as “sidewalk ministers” by the New York Times, and as “non-violent” by both the Washington Post and SPLC, the Black Hebrew Israelites are actually a violent and savage group of insane black criminals who sound like Louis Farrakhan at his most delusional.

The Black Hebrew Israelites (BHI,) became darlings of the Jews’ Media when they viciously accosted some Covington Catholic High School students on a field trip to the Lincoln Memorial in Washington on January 19th, 2019.

Guilty only of wearing MAGA hats, these students were verbally assaulted by members of the BHI who called them “n*ggers,” “faggots,” “crackers” and “pedophiles,” a spectacle that videos prove was intentionally misreported by the Jews’ Media organs mentioned above.

The gunman was a black ape named David Anderson, who had a blood-hatred of police officers and Jews. With the brilliance of those who find the Second Grade too great a challenge, he believes that “…Zionism is really Catholicism.”

Anderson had a number of YouTube videos capturing the viciousness and savagery of the BHI, including one with this particularly brilliant insight which he screamed at a Jewish man: “Satan is in you… You stole our history. You are pretending to be us. The messiah, who is a black man, is going to kill you.”

There’s another video of a BHI “preacher” standing over an unidentified white victim and screaming “The Holocaust is a damn joke! Heil Hitler!…”We’re coming for you, white boys. Negroes are the real Jews. Get ready for war.”

In its whitewash of the BHI, the commie Jews at the N.Y. Times quoted a charlatan named Todd Boyd, a professor of ”race and culture” at UCLA, who declared that “To many black people, Hebrew Israelites are a harmless part of their communities.” According to this academic prostitute, the real threat to black Americans “is seeing a white guy in a ‘Make America Great Again’ hat.”

There are two lessons to be gleaned from this sad and tawdry incident: First, when it comes to the Jews’ Media, there really are “no enemies to the left,” and it will do or say anything to protect and shield its ideological allies.

The second lesson is that like the proverbial blind squirrel that occasionally finds an acorn, at least when it comes to the dishonesty and deviousness of commie Jews, even the idiots at the BHI can occasionally be correct.