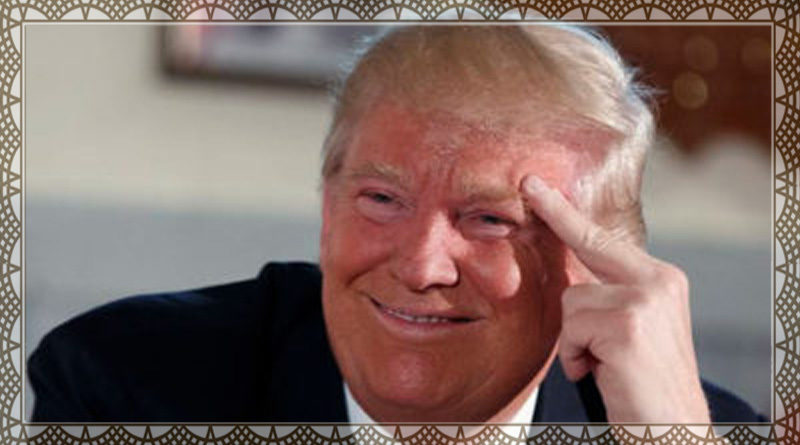 Today, December 10, the Council of Conservative Citizens named President Donald J. Trump its Man of the Year for 2019. While this award has been bestowed facetiously upon a variety of scoundrels in the past, the CofCC could not be more sincere about this year’s recipient.

One would have to go back 2,000 years to find a historical figure who has been as relentlessly and unjustly persecuted as President Trump. He continues to endure daily assaults from every swamp creature, communist, homo, “Democrat,” Muslim, rabid feminist, disloyal RINO and purveyor of fake news in the nation. Despite this unique and deranged level of “resistance” against him, he has achieved more than any modern president, while maintaining a positive attitude and cheery disposition.

His achievements include record highs for the stock market, historically low unemployment for every demographic group –- particularly blacks and women — and strong growth for the U.S. economy in general. He has also persevered in building hundreds of miles of critical border wall on our border with Mexico, and has awakened the electorate by exposing the Corrupt Leftist Media for its demonstrable dishonesty.

After eight years of neglect, President Trump has properly funded our military, and dispatched the murderous psychopath who headed ISIS — Abu Bakr al-Baghdadi — without agonizing over the decision for five months as his nigro and Muslim predecessor did in the case of Usama Bin Laden.

We also honor President Trump for his courageous challenge to the left’s globalist agenda — such as the Paris Climate Accord — and for standing resolutely against the Chinese Communists who have had their way with the U.S. economy and witless U.S. politicians for decades.

It is impossible to imagine ANYONE ELSE who could have successfully endured the treasonous lies, false charges, fraudulent investigations and routine second-guessing by swamp-creatures that President Trump has endured on a daily basis.

The Council of Conservative Citizens is proud and honored to bestow this award on President Donald J. Trump. We wish him continued success in his efforts to overcome the treasonous Washington “swamp” and its communist and Zionist allies in the Corrupt Leftist Media and New World Order.