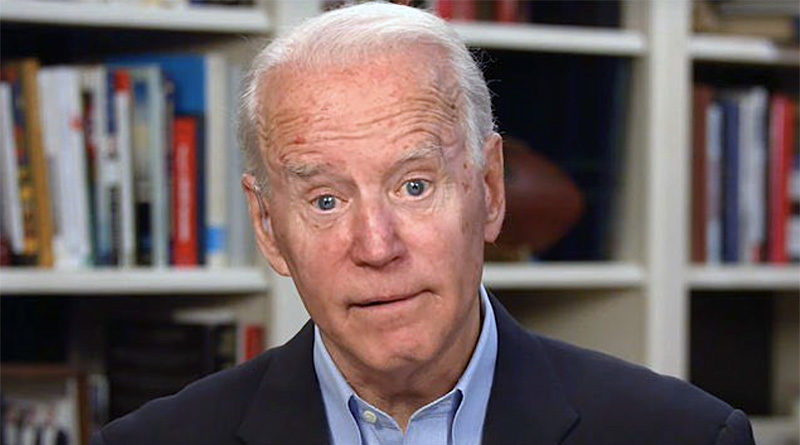 Presidential contender Joe Biden had to undergo multiple life-threatening brain surgeries in the late 80s after he had suffered an aneurysm which reportedly left fluid leaking at the base of his brain. Could Joe Biden’s fragile health be the cause of his inaudible sentences and incapability to accurately read a teleprompter?

In 1988 Joe Biden underwent a six hour medical procedure at the Walter Reed Army Medical Center after crippling pain in his neck due to an aneurysm left fluid leaking in his brain. That same year, Biden had undergone a second medical operation to repair another aneurysm on the opposite side of his brain after it was found to be at risk of bursting.

Fast-forward 30 years, and Joe Biden’s mental health has clearly declined. He struggles to complete sentences, pronounce simple words or even read from a teleprompter. Joe Biden’s verbal gaffes have left the world astonished, as the presidential hopeful can’t seem to hold it together.

In a recent clip posted to twitter, Joe Biden is unable to pronounce the word “psalms”, as though he had never encountered the word before in his life, despite his claims to be a devout Catholic.

"Devout Catholic" Joe Biden doesn't know the "P" in "Psalmist" is silent, not the "s". pic.twitter.com/kp9MZi3NvQ

In another widely circulated Freudian slip, Biden claims to have put together the “most extensive voter fraud organization in history”.

🚨🚨 BIDEN ADMITS TO VOTER FRAUD! 🚨🚨@JoeBiden brags about having the “most extensive VOTER FRAUD organization” in history‼️

At the ripe age of 78, and after two life-threatening brain surgeries, Joe Biden can’t seem to get the words out.

There has been little to no coverage of Joe Biden’s visibly decrepit state. If president Donald J Trump had undergone even one brain surgery, the media, Democrats and their partners in big tech would bring it up every time he made a similar gaffe.

This is only one of many examples of how soft-ball reporting on Democrat politicians not only helps shift public opinion in their favor, but also endangers our great nation, as these very serious medical concerns could send the United States into trouble if Biden were to win the Presidency, and become incapacitated within his 4 years in office.