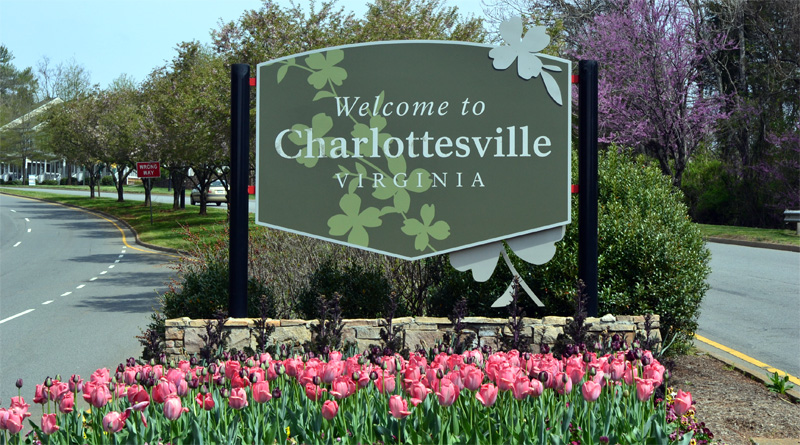 There has been a great deal of disinformation by the Corrupt Leftist Media, which has lied intentionally and maliciously about nearly every aspect of the August 12th events in Charlottesville, VA. This should come as no surprise, because their lies are measured in giga-watts and oceans of ink.

Peaceful and law-abiding defenders of Confederate Heritage were merely exercising their First Amendment Rights: They were putting local government on notice that they oppose the political grave robbery inherent in removing Confederate Historical symbols. They have a Constitutional right to do this, and it was their sole purpose in coming to Charlottesville.

It is instructive that no riot police were thought to be necessary the evening preceding the events of August 12th, when only the defenders of Southern Heritage were peaceably assembled. It was ONLY when the communist street trash and leftovers from the “Occupy Movement” arrived, that riot police were deemed necessary. In other words, they knew the “counter-demonstrators” would be the source of any and all violence.

The so-called “counter-demonstrators” who initiated the violence were the usual thugs, communists and violent street trash, whose sole purpose was to violently attack the peaceful demonstrators while the cameras were rolling. They knew perfectly well that the Jews’ Media would intentionally misreport the event and denounce the various nationalist, patriot, conservative, “Alt-Right” and Southern Heritage groups in attendance as the “instigators of violence.”

Clearly, the Charlottesville police force was told to “stand down,” just as police in Ferguson, MO were told to do the same thing, some years ago. Their orders should have been to keep the “counter-demonstrators” far away from those lawfully demonstrating, but that did not happen. The order to “stand down” probably came from the crooked and despicable Governor of Virginia, Clinton henchman and bagman, Terry McAuliffe. (http://yournewswire.com/charlottesville-inside-job/)

Municipalities whose police forces are told to “stand down,” — while the First Amendment Rights of peaceful demonstrators are trampled by “Brown Shirts” engaged in violent and criminal assaults — should be sued for vast sums for failing to protect and defend those rights.

The Jews Media seized on the fatal incident with glee, the kind of glee they showed when Dylann Roof murdered all those innocent blacks in Charleston. Once again, they had another violent incident they could dishonestly spin and misreport in an attempt to damage their political enemies.

Of course, as the Jews’ Media always do, they intentionally omitted the fact that the driver of the car involved in the fatal incident was attempting to escape just such a violent assault by communist street trash, who instigated the entire tragedy by pelting his car with rocks and beverage cans filled with cement. I have no doubt that the driver was attempting to escape the clutches of these violent thugs, and lost control of his vehicle, thereby causing the fatal incident.

If there is any “justice” left in the Justice Department — after eight years of being controlled by a traitorous and communist black criminal element — Attorney General Sessions should appoint a task force to investigate the routine denial of basic Constitutional rights to every patriotic, nationalist, conservative and “Alt-Right” group in the land: Each has seen its rights systematically violated for at least a decade, as their efforts to demonstrate or hold private meetings have been routinely met with violent assaults.

Congress needs to hold hearings, and allow these groups to describe in detail, the violent assaults and other tactics used to undermine their basic freedoms to speak or peaceably assemble. This includes the actions of the police who “herded” non-violent protesters into the ranks of the leftist thugs so that they could be physically attacked! Congress also needs to investigate the sources of funding for the violent street thugs responsible, and bring those culprits to book for engaging in a massive criminal conspiracy to riot.

Gutless politicians — a phrase that describes most of those who are not criminally involved in this lawlessness — need to understand that their abdication of responsibility in this context ensures that the violence will escalate.

People who have seen their Constitutional Rights trampled — and who have been violently assaulted for exercising those rights — will not stand by passively, and allow a criminal and communist element to continue such an outrage with impunity: They will inevitably meet force with greater force.

2 thoughts on “CofCC Statement Regarding The Violence In Charlottesville”