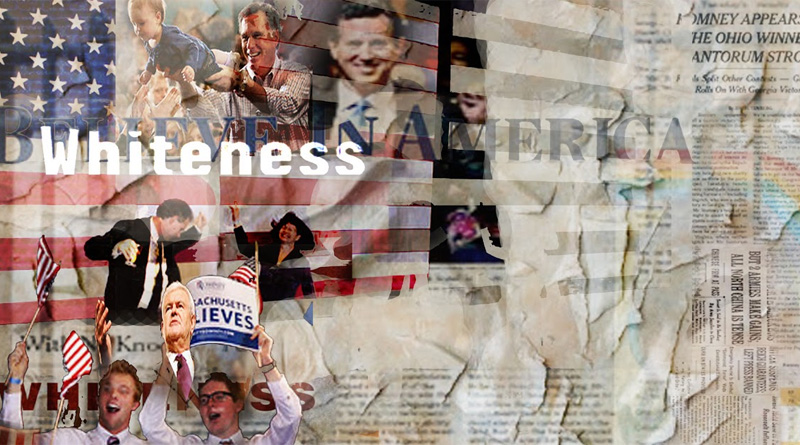 The University of Colorado at Denver is offering a course called “Problematizing Whiteness: Educating for Racial Justice” during the 2017 spring semester.

The three-credit course fulfills the cultural diversity requirement for students in the School of Education and Human Development, which is advertising the offering by posting flyers around campus and making the syllabus available online for students to view.

“Critical Whiteness Studies addresses the need for a deeper analysis of race, one that accounts for both sides of the race coin, that of the plight of people of color AND how Whites are also complicit in a system of race,” declares a copy of the syllabus that was provided to Campus Reform. “Therefore, this class takes a deeper look into how race operates within White contexts and how such operations ultimately impacts people of color. By doing so, we bridge how Whites AND people of color can collectively work together towards a racially equitable society.”

The instructor, Dr. Cheryl Matias, also teaches other courses dealing with racial inequities, and has received multiple awards for promoting diversity in academia.

One student, who wishes to remain anonymous, questioned whether the subject matter would actually be productive, telling Campus Reform that “when our University offers classes about ‘problematizing whiteness,’ it is hard to really believe that we [Caucasian male students] are really being the oppressive ones.” 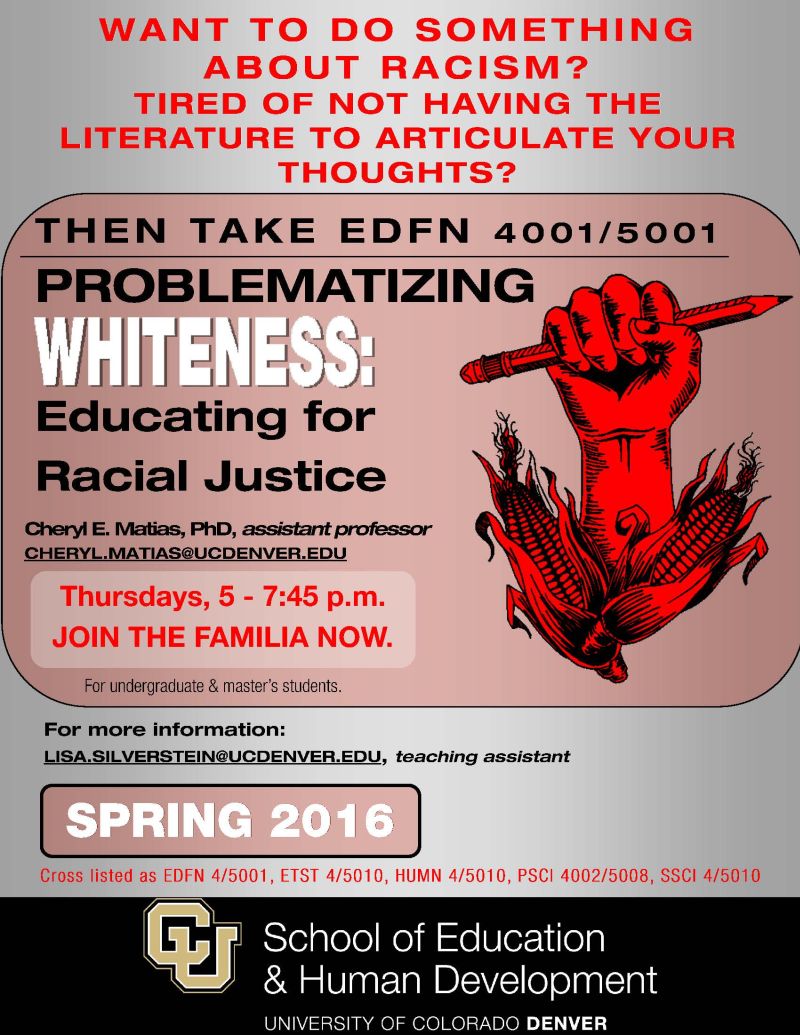 The first assignment for the course is called “Getting Down and Dirty with Whiteness,” and requires students to write a paper answering the question, “what have you learned about whiteness and how does it apply to what you see in life?”
[RELATED: Portland State course aims to ‘make whiteness strange’]

Some of the required readings for the course are Learning to be White, White Out: The Continuing Significance of Racism, and an article titled “Sweet Little (White) Girls”? Sex and Fantasy Across the Color Line and the Contestation of Patriarchal White Supremacy.

The course, which was officially created in May, will be available to undergraduate and graduate students at UC Denver and Metropolitan State during the Spring 2017 semester.

Campus Reform reached out to Matias for comment, as instructed by the flyer, but received an automatic reply stating that she is on leave until the Spring 2017 semester.