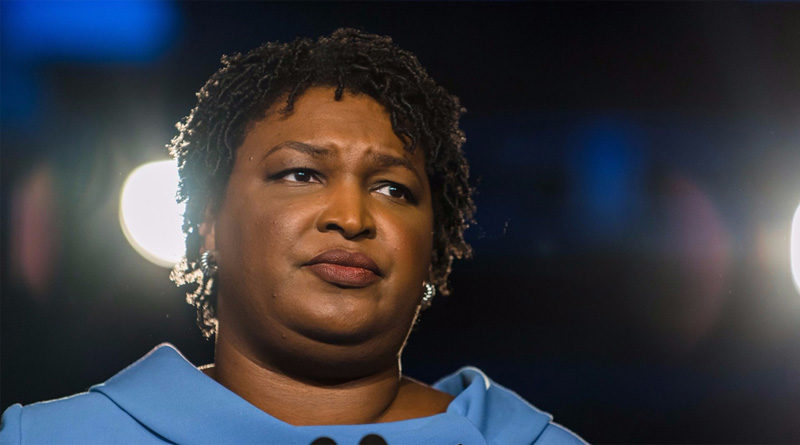 A report by Gateway Pundit reveals that a Video of former Democrat legislator and gubernatorial candidate Stacey Abrams plotting to use re-districting to “stop white people” from governing has been uncovered.

Abrams is being pushed as a possible Vice Presidential candidate for Joe Biden.

The 2014 video, uncovered by Patrick Howley at the National File, reveals her plan to change the racial demographics of the electorate heading into the 2021 congressional and legislative re-districting efforts based on the 2020 Census.

BREAKING: I have Stacey Abrams on tape in 2014 plotting post-Census RE-DISTRICTING in 2021 to stop "WHITE" people from governing.

Says "a majority minority population that is governed by a minority WHITE conservative coalition" is "DANGEROUS" 🚨🚨🚨🚨🚨https://t.co/uBBW0RPjy5

The comments were made at the 2014 Power PAC + National Conference, titled “Race Will Win the Race: The Progressive Path to Victory.”

“My eye is on 2021. Because when we do re-districting in 2021, if we have not changed the electorate, especially in the South, we will have a majority minority population that is governed by a minority white conservative coalition. And that’s the most dangerous precedent that we can possibly set for the South in the next 20 years,” Abrams said.
Howley has become quite the powerhouse when it comes to digging up the goods on far left politicians. He made massive waves when he uncovered the blackface yearbook photos of Virginia Governor Ralph Northam.

Speaking to Gateway Pundit, Howley said that he has collected troves of data on all enemies of President Donald Trump.

“I have spent several years extensively collecting data on all of the President’s enemies, stockpiling it like canned goods for the time that is now upon us. It will only get worse for them as the election goes on,” Howley said. “This clip proves once and for all that Democrat demographic politics are in motion. It’s not a conspiracy theory. The Left is weaponizing race for cynical electoral gain, and the Republican Establishment needs to stop looking over their press clippings and scheduling their CNN hits and live in the cold reality confronting us.”