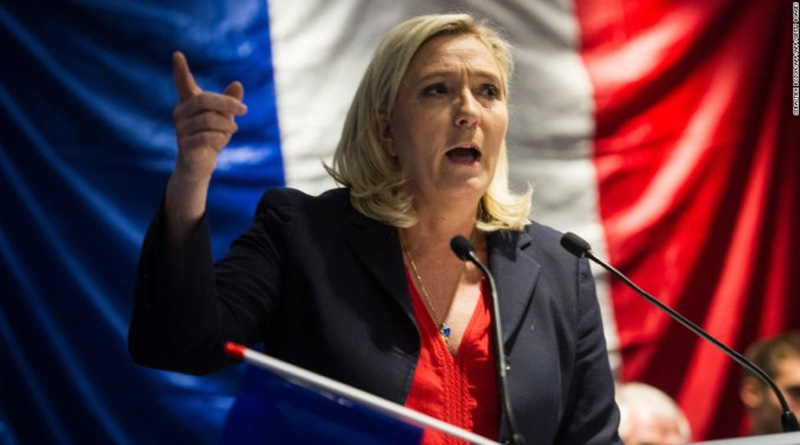 Israel’s foreign minister has condemned French nationalist presidential candidate Marine Le Pen for saying France should not be blamed for rounding up and deporting Jews to Germany during World War II.

Far-right presidential candidate Marine Le Pen has touched a raw nerve in France by denying the French state’s responsibility for a mass arrest of Jews in Paris during World War Two.

…”I think France isn’t responsible for the Vel d’Hiv,” Le Pen said in a French media interview on Sunday, referring to the July 16, 1942 German-ordered roundup by French police of 13,000 Jews in Paris.

…”We have taught our children that they had every reason to criticize France, to see only the darkest historical aspects perhaps. I want them to be proud of being French once more,” she said in the interview with media organizations Le Figaro, RTL and LCI.

Israel condemned far-right French presidential candidate Marine Le Pen for saying that her country is not responsible for the deportation of thousands of Jews to death camps in 1942.

“This declaration is contrary to historical truth, as expressed in the statements of successive French presidents who recognized France’s responsibility for the fate of the French Jews who perished in the Holocaust,” Israel’s Foreign Ministry said in a statement issued on Monday, a day after Le Pen made the statement during an interview in Paris for the RTL network and Le Figaro daily newspaper.

The ministry’s statement also said: “This recognition underpins the annual events marking the anniversary of the expulsion of the Jews from France and the study of the Holocaust in the education system, both of which are important elements in the battle against anti-Semitism, which unfortunately is once again raising its head.”

Notice that France, much like the USA, Germany and the UK, has institutionalized self-loathing and historical guilt. Le Pen’s talk about eliminating that was immediately taken as a threat by the globalists.