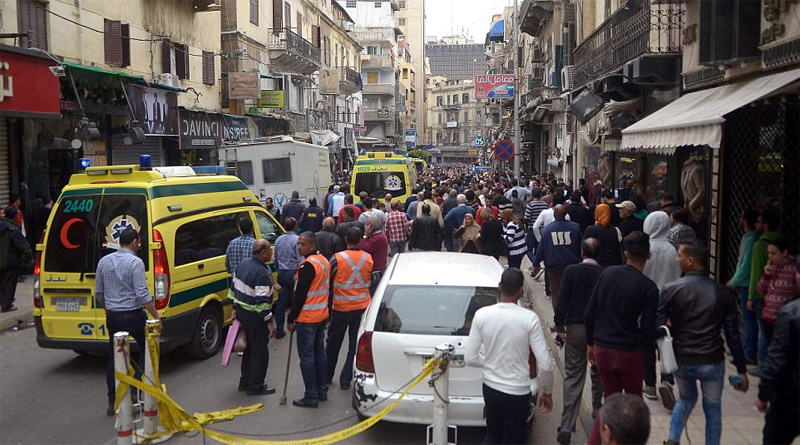 Coptic Christians in Egypt have been subjected to a greater number of terrorist attacks.

This is the moment an ISIS suicide bomber detonated outside an Egyptian church after being turned away by three hero policemen in the second of two attacks that killed more than 45 Christians and wounded 100.

CCTV shows the fanatic, dressed in a blue pullover, approaching the gate at St Mark’s in Alexandria but being told to go through the metal detector first by officers.

He then passes a female police officer talking to another woman, and enters a metal detector before an explosion engulfs the area.

The atrocity, which followed another attack in Tanta, was thought to have been aimed at Pope Tawadros II, leader of the ancient Coptic church, who was worshipping in St Mark’s at the time but escaped unharmed.

The blasts, claimed by Islamic State, came at the start of Holy Week leading up to Easter, and just weeks before Pope Francis is due to visit the Arab world’s most populous country.

Egyptian President El-Sissi has now declared a state of emergency for three months.