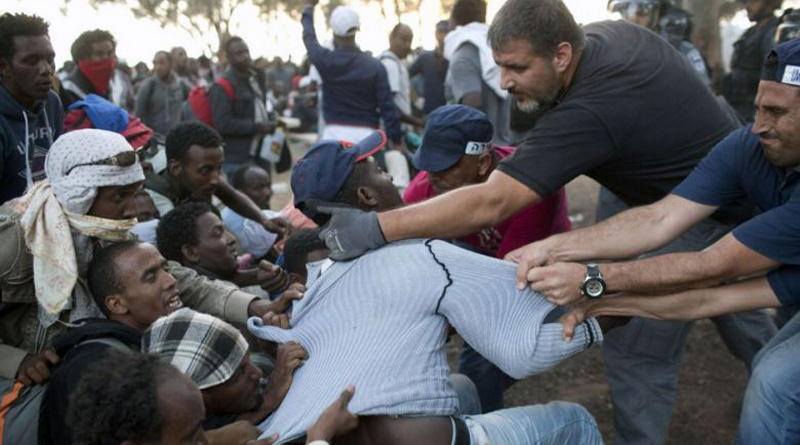 The United Nations High Commission on Refugees (UNHCR) has confirmed that it is in discussions with the Israeli government to ship the African invaders facing deportation from the Jewish ethnostate to “safe western countries,” which will likely include the US and Canada, rather than allowing them to be sent back to Africa.

According to a report in the Jerusalem-based Times of Israel, Sharon Harel, the external relations officer at the UNHCR office in Israel, confirmed the existence of the deal, which will halt Israel’s current campaign to deport thousands of Africans to Rwanda.

The Times of Israel reported that the Israeli government is in “negotiations with the United Nations High Commission on Refugees to resettle a portion of African asylum seekers in third countries deemed by the UN to be ‘safe,’ possibly including Western countries.

“Such an arrangement could be realized, though the necessary details need to be worked out,” said Harel.

Harel did not name the “countries interested in absorbing the refugees” but the Times of Israel pointed out that since 2013, the UNHCR “has resettled 2,400 asylum seekers in third countries which they consider safe, including the US and Canada.”

Harel said was confident that an agreement could offer a viable solution for the approximately 38,000 Africans currently in Israel. “We would see such an arrangement as a win-win for the refugees as well as the State of Israel,” she said.

Israel has already deported approximately 4,000 asylum seekers to Rwanda and Uganda since December 2013, when the deportation program started.

Meanwhile, Israeli President Reuven Rivlin has announced his support for the plan to deport all the Africans in Israel, saying that the Jewish state “must take care of its own before the poor of other nations.”

“We are in a situation whereby for quite a few years we have had to deal with the problem, to grab the bull by its horns and to understand that the needy among our people come before the poor of another, while at the same time [acknowledging] we have a duty to every refugee,” Rivlin said. “First of all, we have to take care of our people, our citizens. We need to ease their lives.”